In the faith-forgotten land
they told me the wooden door
marked EXIT was a dead-end
of copper brick and blackened flowers.
Frozen under four walls
running from the blood-stained door
that screamed GREEN ROOM
like a motion detector watching
from the Warner Brothers ceiling of false light.
The purple hydrangeas sung otherwise.
First a finger, the hums vibrating on
each surface, then a shimmering electric
that kissed the island drifting through.
shaken with icy splashes of air
caught by ivy
her mutable limbs enclose mine,
covered in green vine and tiny voices.
A sharp tug – a gentle release
to infinite pricks of grass
and a sky littered with stars.

Fireflies lull the body to land barren
of that warm green and wisteria;
sense ensnared by the void,
longing to run from the fog of lost souls.
Hand in hand with Bum-Ju
we dance in hollow meadows
once glittering with the spirits
now populated by restless willow.
Follow the yellow brick road
a frantic ceilidh with strangers in the night
fiddles scratching, grinning at the bonfire.
We slither round like witches
chanting and moving as one,
cacophonous voices multiply,
lanterns float on the self-same collision course.
Fervent whispers tickle
Follow the golden string
hiccupping runs through leafless forests
to skies bereft of stars.
The spirit bunny fashioned a stack of cards,
asked the jacque of spades to find our treasure
then deeper
deeper he dug
until the glint of a pocketwatch screamed LATE
and stilled forevermore. 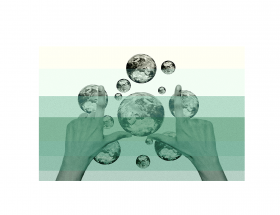 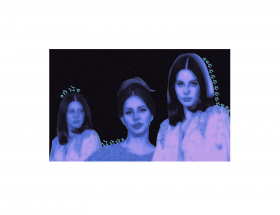 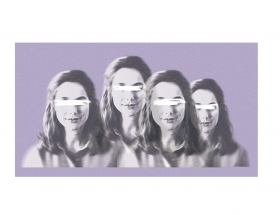