Home ISSUESIRUDIAWhat is the Relationship Between the Self and the Soul?

‘A Dialogue of Self and Soul’
W.B. Yeats

I
My Soul. I summon to the winding ancient stair;
Set all your mind upon the steep ascent,
Upon the broken, crumbling battlement,
Upon the breathless starlit air,
Upon the star that marks the hidden pole;
Fix every wandering thought upon
That quarter where all thought is done:
Who can distinguish darkness from the soul?

My Self. The consecrated blade upon my knees
Is Sato’s ancient blade, still as it was,
Still razor-keen, still like a looking-glass
Unspotted by the centuries;
That flowering, silken, old embroidery, torn
From some court-lady’s dress and round
The wooden scabbard bound and wound,
Can, tattered, still protect, faded adorn.

My Soul. Why should the imagination of a man
Long past his prime remember things that are
Emblematical of love and war?
Think of ancestral night that can,
If but imagination scorn the earth
And intellect its wandering
To this and that and t’other thing,
Deliver from the crime of death and birth.

My Self. Montashigi, third of his family, fashioned it
Five hundred years ago, about it lie
Flowers from I know not what embroidery—
Heart’s purple—and all these I see
For emblems of the day against the tower
Emblematical of the night,
And claim as by a soldier’s right
A charter to commit the crime once more.

My Soul. Such fullness in that quarter overflows
And falls into the basin of the mind
That man is stricken deaf and dumb and blind,
For intellect no longer knows
Is from the Ought, or Knower from the Known—
That is to say, ascends to Heaven;
Only the dead can be forgiven;
But when I think of that my tongue’s a stone.

II
My Self. A living man is blind and drinks his drop.
What matter if the ditches are impure?
What matter if I live it all once more?
Endure that toil of growing up;
The ignominy of boyhood; the distress
Of boyhood changing into man;
The unfinished man and his pain
Brought face to face with his own clumsiness;

The finished man among his enemies?—
How in the name of Heaven can he escape
That defiling and disfigured shape
The mirror of malicious eyes
Casts upon his eyes until at last
He thinks that shape must be his shape?
And what’s the good of an escape
If honour find him in the wintry blast?

I am content to live it all again
And yet again, if it be life to pitch
Into the frog-spawn of a blind man’s ditch,
A blind man battering blind men;
Or into that most fecund ditch of all,
The folly that man does
Or must suffer, if he woos
A proud woman not kindred of his soul.

I am content to follow to its source
Every event in action or in thought;
Measure the lot; forgive myself the lot!
When such as I cast out remorse
So great a sweetness flows into the breast
We must laugh and we must sing,
We are blest by everything,
Everything we look upon is blest.

To some philosophers, the self is that which makes us unique– we each have an individual sense of self that no matter which body we inhabit will remain the same. The self makes us who we are. The concept of soul is less concrete. Spiritualistic philosophers see it as opposite to the body – just as the body is physical and finite, the soul is non-physical, and infinite. There is also a uniqueness to the soul; it is unique in that it is only dependent on God, not on the body or the world around it, and is thus inherently spiritual. The self is connected to the material world through its role as a consciousness. It is the thinking, feeling, experiencing part of ourselves. After all, these are the parts of us that are individual: how we see the world around us, how we process what we see, and how we respond. Indeed, philosopher John Locke believed that the self was not founded on the body or soul, but on a consciousness of your past and present thoughts and actions. These ideas of self and soul are perhaps more abstract, more deeply philosophical than the discussion in the above poem, A Dialogue of Self and Soul by Irish modernist poet W.B. Yeats.

Yeats’ Self is essentially his life-force, whilst his Soul is a death wish. His Soul is inherently spiritual, and longs to ascend from this life to the next. It desires elevation above the material plain and is concerned more with eternity than with existence. The ‘star’, that marks ‘the hidden pole’ leads to the afterlife, a life which will be spiritual in nature and will transcend the limits of the mortal life that the Soul is currently stuck in. The Soul’s purpose is arguably unknowable, we are given no real explanation as to its role in this life; perhaps the Soul is so separate from this world, so transcendent, that we are unable to have any real understanding in our present state. This seems to agree with the philosophical view that the Soul (which is the opposite of the body) is inherently abstract and inconceivable to a mind that is confined to a material existence.

Yeats’ Self, which responds to the Soul’s calls for elevation beyond this life, is interested in art, war, and eroticism; all found within the symbol of ‘the consecrated blade’, these are three elements of our worldly existence that cannot be found in an eternal, spiritual existence but are rather part of the beauty and pain of material life and death. There is a sense in the dialogue of Part I that passion itself makes life meaningful, that gives the Self its lust for life. The language focuses on the mundanity of existence– growing up, growing old – in such a way that highlights the incredible beauty of life and death and the experience of mortal progress. The pain and suffering of human life is emphasised, and even celebrated. The Soul is not simply desirous of death but aims to transcend the cycle of ‘death and rebirth’. This cycle could be reincarnation, or it could be the cycle of life and death that is a fundamental part of human existence and mortality, the cycle which the Self so passionately celebrates in Part II. As the Soul is left behind in the dialogue, the Self turns to self-forgiveness and is able to relish the life it is living. The idea of not needing the forgiveness that an afterlife might give you for the mistakes of your mortal life is freeing. It allows one to grow in the present, live each mistake, learn from them and move on. The importance of celebrating life, because death will surely follow, is key to this poem, and indeed to life. It would be deeply sad to waste this life away in pursuit of what might follow, as the Soul appears to do. If there is an eternal afterlife, it does not make our current existence less precious or unique. The fact of this life’s fragility and transience makes it all the more exciting and worth celebrating. Yeat’s Self triumphs in this dialogue over the Soul, and in the lens through which Yeats views these two concepts, I would also rather follow the Self’s lust for life than the Soul’s desire for elevation from the human existence. This dialogue is in keeping with the philosophical idea that the self is unique to each individual, dependent on our consciousness and the world around us; the soul is more attached to God (or a spiritual existence elevated from this life) than attached to ourselves. In both instances, whilst spiritualism and elevation from materialism is hardly unimportant, the self appears to be a stronger, more passionate part of us – it is at the core of who we as humans are. 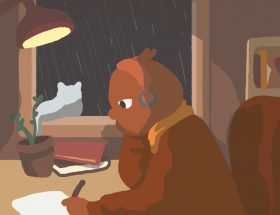 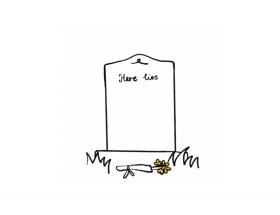 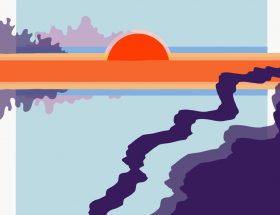