For as long as humanity has existed, natural resources have been the key to its survival and its development. The resources in question are acquired from the environment, and up until the 1970s, we had enough of them to sustain our world population. However, in the early 1970s there was a shift. Suddenly, we were consuming more resources than our earth could replenish in a year. This phenomenon leads to the coining of the term ‘Earth Overshoot Day’ which describes the process by which humans create a deficit in natural resources, due to overconsumption and waste (mostly in the form of Carbon Dioxide), that our world cannot absorb, support and renew in a year. The first overshoot day on record fell on December 29th, 1970.

That means that for the rest of 2018, humanity will be using more resources and producing more waste than our planet can renew. The graph below depicts a figure from the Global Footprint Network, who is the association responsible for calculating the annual date of Earth Overshoot Day. The graph illustrates the progression of this gross overconsumption of resources over the past 48 years. In geological terms, 48 years is nothing more than a heartbeat. According to the graph, we are currently consuming resources at a rate that could only be sustainable if we had 1.7 earths at our disposal. The important question to ask in this case is: How did we end up needing more resources than we can extract? There are many complex answers to that question involving a myriad of different factors. However, it could be argued that the correlation between the deficit in resources and the shift in political ideals observable in the 1970s, is crucial to finding a viable explanation.

Post-war, governments shaped their policies according to Modern Liberalism by trying to diminish the factors impeding individual freedom such as poverty, disease and inequality and thus creating welfare states by the mid-20th century.

A breakdown of macroeconomic thought in the 1970s prompted the renewal of a slightly modernized version of classic liberalism that came to be known as Neoliberalism. The ideals of this new and improved version of classic liberalism were coined by Ludwig van Mises and Friedrich Hayek in the 1930s. Little did they know; their work would change the world’s political, economic and most importantly environmental landscape up to present date.

The initial ideals of neoliberalism as presented by Mises and Hayek focused on opposing high government intervention, as seen in the creation of welfare-states, in the fear this form of collectivism might lead to totalitarianism as the world had seen with Nazism and Communism. In this spirit, neoliberalism promoted minimal government intervention in social as well as economic matters and encouraged the value of free-market competition, otherwise known as ‘laissez-faire economics’. Industrialists, as well as governments, took very well to this ideology as it led to sustained economic growth through the most efficient allocation of resources possible, thus increasing profit while reducing cost.

This is where natural resources come into play. The most popular natural resources used in industrial settings are fossil fuels such as oil, natural gas and coal since they are efficient as well as cost effective. Thus, neoliberal economies adopted these resources as the main source of power for production, without taking into consideration the damage these resources could do to our environment. This was not further questioned by governments, due to the encouragement of low government intervention.

Of course, at a moderate rate of consumption, our planet would have been able to absorb the waste produced by said resources. But at the consistently rising rate of consumption we are witnessing now; the produced waste is an increasing burden on our planet. By-products of the refinement and use of these natural resources are some of the most important factors contributing to Earth Overshoot Day. The most commonly known by-products include CO2 as well as other greenhouse gases and pollutants, even though industries also burden our planet in a myriad of other ways. Hence, as the industry grows under the ideals of neoliberalism, so does consumption of natural resources and thus the burden on our planet’s ecosystems by increasing emission of the aforementioned by-products.

What does it mean for our society and the world? Since the beginning of the Industrial Revolution in the early 19th century, the concentration of CO2 has risen by 48%. Half of that concentration was accumulated as of the 1980s, thus happening simultaneously as the adoption of neoliberal ideals in the Medium Run. In the graph on the right, you can observe the said increase of CO2 levels according to a recording station in Hawaii.

The primary consequence of this drastic increase in CO2 and other greenhouse gases is climate change. Under the umbrella of the term climate change, we can describe both global warming, its causes and subsequent damage to our ecosystems through the means of industrial waste. Such effects include thermal expansion (melting sea ice), due to rising global temperatures, as well as ocean acidification due to the oceans inability to absorb the increasing concentration of CO2. This is a very severe effect as our oceans absorb an impressive 80% of the CO2 concentration in our atmosphere, meaning that overburdening it signifies a very concerning level in CO2 concentrations that our oceans can ill support.

Both these effects eventually lead to rising sea level which can and will result to be very threatening to low elevation areas around the world. The elevated sea level will result in the loss of land for many low elevation countries by the sea and especially for islands, of which many are at risk of disappearing completely. Said loss would inevitably lead to the displacement of millions of people thus putting pressure on neighbouring governments and international communities to host an increased amount of people while many are already struggling with overpopulation, which is also a factor contributing to Earth Overshoot Day.

Other consequences of increased needs for natural resources include Deforestation, which like the reduction of sea ice, leads to a loss of habitat for many animal species. This loss of habitat often leads to the extinction of species thus reducing diversity on our planet. Species that live in our oceans are exposed to additional the threats posed by overconsumption such as excess in plastic, overfishing to provide for increasing demand for food as well as the chemical imbalances created by ocean acidification.

Even though for many, the situation our planet is in seems hopeless, there are successful ways of reducing our ecological footprint whilst holding production at the same levels: Sustainable Energy and consumption as well as reusable products. Forms of Sustainable Energy include solar, wind, ocean, geothermal and hydropower energy. These alternatives to fossil fuels are even more efficient, as they cost next to nothing. However, the most amazing thing about them is that they work in cooperation with our planet instead of against our planet. A further advantage is that these sustainable energy sources are replenishable and have can provide an infinite supply of energy, unlike limited amounts of fossil fuels. This would not only encourage further growth under neoliberalist ideology but would also reduce international conflict about resources whilst simultaneously setting back Earth Overshoot Day.

Even though many countries such as Iceland, Sweden, Nicaragua, Uruguay and Germany are already very advanced in the process of switching from fossil fuels to renewable energy, much work is left to be done.

Accords such as the Paris Agreement or COP 21, have aided in incentivising governments to make their energy supply sustainable. However, it is important for this effort to be global, which since the rise of Donald Trump has become less likely. Under his leadership, the USA has abandoned the Paris Agreement causing a major disadvantage to global efforts towards a renewable future, since the USA represents the largest economy in the world and is thus responsible for the very extensive use of natural resources.

Nonetheless, it is important to be aware of this global crisis that will eventually affect us all. If we choose to continue ignoring it, our planet may soon be damaged and depleted to an extent that will make life on the Earth near to impossible due to extreme climates and scarcity in vital resources such as food and water.

It is often said that the individual cannot change much to a global situation, but every step towards reducing our own ecological footprint, is a step to reducing our global footprint which collectively, might even lead to a possible reduction in Earth Overshoot Day. As a unified global society, anything is possible. 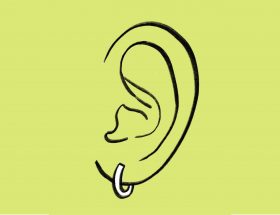 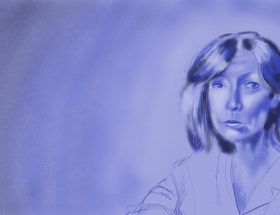 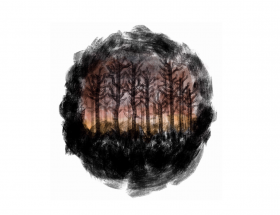