A tribute to recent conversations, which explored how “right person, wrong time” is a sugar pill, a placebo remedy to matters of heartbreak.

“Right person, wrong time” denotes the idea that you can meet the “right” person, but for reasons beyond your control such as distance or emotional maturity, it does not work in the long-term. “Right person, wrong time”, is something that we therefore tell ourselves to rationalise WHY it did not work out, WHY it failed. It is both an excuse and a consolation. Furthermore, it is a toxic notion that allows us to both romanticise the bad, and to avoid confronting the uncomfortable reality of having chosen the wrong person. By placing the onus on time, we are absolving ourselves of responsibility, indicating that reasons of fate influenced our happiness. In diverting ourselves from this cosmic notion of timing, we are then able to learn from the experience, using it to our advantage by understanding what traits we view as compatible and what we ultimately want from a partner.

When we meet the “right” person at a perceived “wrong time”, it can often have a longer-term impact that prevents us from moving on. This is caused by an unshakeable feeling that as a result of timing, we have missed out on an experience that we are entitled to. This idea of entitlement can derive from what we are told that we deserve and what we are told that life should look like. The sense of loss disrupts this ideal, revealing the uncomfortable reality behind the perfect lives thrusted upon us through technology and the traditional views on relationships force-fed to us since childhood. In this rapidly expanding sphere of social media, people often choose to present their best selves and the fantasy of who they want to be. This saturation of images not only helps to distort our individual sense of self and that of the others around us, but also causes the tendency to encourage comparison whether consciously or subconsciously. With regards to how this exacerbates the harmful notion of ‘right person, wrong time’, this increasing addiction to the virtual fantasy can consequently cause some to lose sight of their real priorities and focus on what others say are the traits of the ideal partner rather than consider that this is very much unique to the individual.

It can also be argued that the knowledge that relationships can now be rooted in an intangible virtual ideal, could also introduce a consumerist aspect to it. This consumerist feature of relationships is something highlighted in sociological thinker Zygmunt Bauman’s concept of Liquid Love. The transformation of how people view romantic partnerships has been commodified not only through social media but also through the use of internet dating, expanding the number of possibilities on offer. The fluidity and speed at which people consume the myriad of alternative realities posed by social media platforms and dating profiles further exacerbates the previously argued idea that people are affected or distracted by this manufactured ideal. Expectations and desires consequently shift in response to this bombardment of possibilities, something which side tracks the individual from examining what exactly they personally need or want from a partner. “Right person, wrong time”, therefore acts as a momentary plaster to cover the wound to our pride when we realise that we made a wrong choice. Although natural and human, this is a difficult pill to swallow. Furthermore, it complies with the modern tendency to seek instant gratification in all areas of life and avoid the laborious task of carefully contemplating actuality or the consequences of our actions, particularly with regards to romantic relationships.

The rapidity and potential for perpetual change introduced into relationships as a result of various technologies creates a feeling of fragility. This is something that encourages the desire for control over the situation, which is why, when the partnership fails, it is easier to hide behind the excuse of “right person, wrong time”. In making it something dependent on the abstract notion of time and categorising the experience with the use of a widely accepted cliché, self-reassurance can therefore be seen as a form of control over, or resistance to, reality.

This long-term impact of believing in this cliché can also be harmful by acting as a wedge, keeping ajar a door into our lives, giving the person access and allowing us to enter into a toxic cycle of wanting the situation to change, whilst having to continually accept that it simply just will not work out the way we desire. I must admit that I believed in “right person, wrong time” until recently, which not only allowed me to excuse but also to romanticize unfulfilling relationships in lieu of accepting that it wasn’t the timing, but that they were the wrong person. As a consequence of this, I allowed the partner to rise on a pedestal, making it all the more jarring when they fell from grace, even though I knew deep down that they were never deserving of the position that they held in my life in the first place. In this way, there is also an element of regret in the statement “right person, wrong time”, which, dwelled upon, can be harmful to the healing process. However, to quote Chidera Eggerue, “analysis, regression and regret are just as important as acceptance, forgiveness and forgetting” (What A Time To Be Alone).

Although I believe that “right person, wrong time” is ultimately a misguided statement which allows us to avoid the truth for why a partnership did not succeed in the long-term, it can also be interpreted differently in the short-term. That is to say the partner possessed compatible traits for a while and for that period of time were on the same page. This alludes to the concept of Confluent Love argued by sociologist thinker Anthony Giddens. This explains that in post-modern society, people have strayed from the traditional idea of the one life partner to experiencing a series of short, medium to longer-term relationships. Not only does this theory challenge how and why relationships occur, but it also highlights the idea that a relationship will only continue if it is beneficial to the individual. When this is no longer the case and satisfaction can no longer be achieved, an alternative is sought which embodies that which was lacking from the previous. Therefore, with regards to “right person, wrong time”, this concept could be applied to suggest the person was the “right person” at a given time but increasingly was seen as “right” at the “wrong time”, when really that just signifies that they were no longer the “right person”. Growth within a relationship, particularly with regards to growth that causes divergence to the point that both individuals embark on separate life paths, demonstrates that time cannot be taken as an indication of days, weeks or years but rather a stage of life.

Although this article presents no revolutionary nor any novel ideas on the subject, I hope that it serves as an encouragement to re-evaluate the cliché phrases that we are taught and also to be cognizant of the possible negative consequences of getting caught up in the fantasy ideals which distract us from what is best for ourselves. If you would allow me to use one last stock phrase. No size fits all. 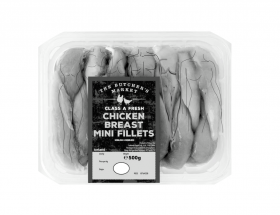 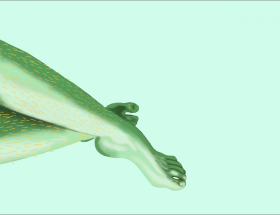 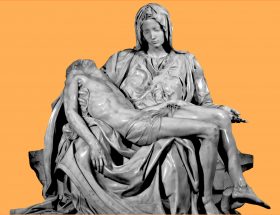