Home ISSUESVeZa“Breathe in, breathe out”

It was summer 2017 and my mother had implored me, for the second time that day, to meditate. It was “the start to a new you”, a ‘you’ that was both in tune with her thoughts and simultaneously able to distance herself from them. Impossible, it seemed, I know. It had been a whirlwind of a year, culminating in several emotional breakdowns after the dreaded Year 12 results day. Back then, I was overly concerned with my studies and they tended (as they do for so many of us) to greatly affect my self-worth. Weary and resistant, it seemed every bone in my body whispered its dissent at having to sit, cross-legged, on the Persian carpet in my living room. Even though it would take a mere ten minutes, for someone with horrible posture (and absolutely no semblance of patience), the idea of sitting bolt-upright seemed all too ghastly. So instead, I chose to plant myself on one of the single dusty-caramel-coloured sofas.

The act of meditation seems simple. You sit, close your eyes, and try to empty your thoughts by intently focusing on your breathing. You focus your attention on how  the cold air that spirals inward with each inhale flutters out, hot with each exhale. This meditation, however, was different to every single meditation I had experienced (and would experience thus far, at the time of writing this article in 2021). Something that I can only describe as bizarre occurred. My eyes were shut but suddenly I felt an inexplicable brightness and I could see every single object in the room, from the placement of furniture to more intricate details, such as the wisps of the boiling water from my tea floating gently upward. (Don’t blame me for leaving my tea to cool down; I simply cannot drink my tea without leaving it for a solid ten minutes). I could count the number of leaves on our bonsai and tell you where each coffee mug was. I could read the shopping receipt from Carrefour and watch the clock hands as the second hand began to move. It didn’t feel strange in the moment but I was floating. When I looked downwards, I could see myself in bird’s-eye view, eyes closed, hands placed gently but securely on my knees. It was surreal. After what felt like mere seconds, I ‘moved’ back to my body. When I opened my eyes I realised I had been in that state for just over twenty minutes. And drat! My tea was cold.

“Was I dreaming?”, you may ask. Perhaps. It’s all in my head. But just because it is in my head, doesn’t make it any less real. For those of you who got my reference, I applaud you. For those of you who didn’t, it is quite all right; it is irrelevant to the core of this article. Meditation is an ancient practice from India, originating around 5000 to 3500BC (evidence can be seen in sculptures of people in the meditative posture, and text documentation is dated to 1500BC). While the spiritual exercise is strongly linked to Hinduism, Buddhism (in its four-fold direction to salvation), and various other religious groups such as Sufis and Taoists, this writer would prefer to focus on the importance of the spiritual practice. It seems too large a feat to bring religion into my humble article. Thought to provoke self-reflection and fuel knowledge and liberation, one type of meditation (referred to as dhyāna) calls on the meditator to become aware of their being. What this means is that one is not focused on a particular object or subject, but purely on the awareness of themselves and the physical space they hold. This practice holds that through the breath we can reach a consciousness of being. This self-awareness can awaken a non-afflicted, conflict-less, and blissful state of freedom and liberation from negativity (moksha). In everyday practice, meditation will differ from person to person, as one may place an object in front of them and stare at it for deep concentration, while another may repeat an empowering mantra for the period of the meditation. But while our methods may vary, I think we all manage to achieve a simultaneous connection and disconnection to the world and ourselves. I sound contradictory, I know. But it’s all about balance.

I went to a British international school in the Middle East, and I remember when all of a sudden, ‘mindfulness’ became the main character at each weekly assembly and class discussion. Kids, as they do, made mindfulness the butt of every joke and there really wasn’t anyone who took it too seriously, including myself. I even recall a rather ridiculous attempt at group meditation in the PE Hall in my final year of school, with dozens of boys sniggering and girls chattering in the background of the worst (and I really do mean the worst) mediation music I have ever heard in my life. WHO MEDITATES TO ELECTRONIC MUSIC? HOW IS THAT RELAXING? Looking back, I realise that school and the way in which they explored mindfulness, is not the same as the awareness I now possess. For one, the music is peaceful. Or there is silence. As I found myself drawn towards meditation, questions poured out. How does one begin to “be in the present”? What does that even mean? What is mindfulness anyways?

To be mindful is to be aware. Aware of your thought patterns and the instances in which your mind lurches to negativity. Your ego will feed on negative emotions and somehow, you  end up just not quite feeling yourself. Anger, anxiety, jealousy, depression, and sadness fester in our minds, and pretty soon, we find them morphing and presenting themselves as physical emotions – yelling or even violence. It is true what they say (if they say this): when you tell an angry person they are yelling, they will either erupt into further carnage, or they will at once become aware of their outburst and assert control over their negativity. As the mind reacts, so will the body (and vice versa).

A few days ago, I realised something that should have been obvious from the get-go: meditation is used to help victims of trauma. I was scrolling through social media and happened upon a video of a little Syrian girl, nine years old, who had weekly counselling sessions, which implemented meditation into her daily routine. Whenever she would feel a panic attack arising, she would start her ‘breathing exercises’, and they immediately calmed her. The practice of a mental exercise meant she was able to reclaim control of her physical outbursts, and, in her words, made her ‘less sad’. Although it may seem like it from my tone, I am not trying to say that meditation is the Band-Aid you can slap on your bullet wounds and move on with the rest of your life. (Now if you got THAT reference too, I really do love you). To me, meditating is the first step towards further awareness of and connection to your inner self, but you still need to talk about what ails you.

Our health works in perfect harmony when mind and body are at one. Say, when you are mentally invigorated and healthy, it will affect your body, and vice versa. The amount of times my brain has screamed at me when I try to get some exercise (because I can get lazy from time to time, don’t come for me), but the fact that I  pushed that aside and worked out regardless meant that my brain thanked me for doing the very thing I thought I didn’t have the energy to do. This isn’t to say that we need to ignore our physical body cues that tell us when we need rest. Honouring your body and its desire for rest too plays a large part in overall wellbeing. Merely, I believe there needs to be balance between the mind-body connection. The way I see it, the mind-body relationship is like a handshake: you cannot have one without both hands joined (imagine how sad an empty handshake is) as one hand will always be lacking partnership. When the mind is taken care of, your entire life begins to shift and brighten. And trust me when I say I am not trying to seem hippy-dippy or like I’ve swallowed a ‘Live, Laugh, Love’ phrasebook. I went through a really difficult time during 2019. My personal life meant that I was always stressed and anxiety-ridden, and this was a time when I would get frequent anxiety attacks for which I took holistic medication for. It is not a time I would wish my worst enemy to go through, but it did teach me the importance of communicating your emotions, both internally and externally processing. What really saved me was a mix of counselling and meditation. I truly do believe we need to reshuffle within and express ourselves out loud in order to make any type of progress spiritually.

I haven’t had an anxiety attack in nearly a year.

To those of you who have never tried meditation, here is a question: why not? I have heard time and time again the excuse of “It doesn’t work for me” or “I can’t think about nothing”. Well, my dears, no one is asking you to. Meditation will work when you feel comfortable and willing to embrace the process.  I have tried it all – mediation on my own, with music, and guided talks – and the conclusion I have reached is that we need to do what makes our minds and bodies feel good. So maybe this article has motivated you to go and try meditating. And maybe not. Either way, I hope you, dear reader, are able to find peace around you and serenity within. 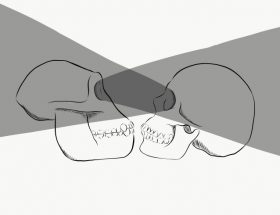 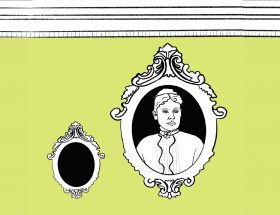 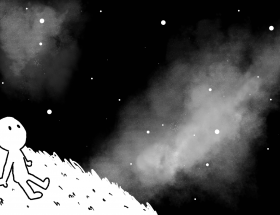