The European Union emerged out of a time of darkness following the two World Wars at the beginning of the 20th century. Innumerable politicians worked together to create a complex international institution that has allowed us to live in peace and prosperity up to the present day.

This union of 28 member states is founded on core values of freedom, democracy, equality and the rule of law, and relies on solidarity and cooperation between member states to uphold and promote these values within and outside of the European Union.

Without solidarity, the decades of hard work that went into the grand design and architecture of this institution will be at risk.

To further understand why solidarity and cooperation are so relevant to the future of the European Union, it is important to provide an overview of the mechanisms of democracy of the institution. The European Union has three branches of government, which including the financial institutions (European Central Bank, European Court of Auditors) and the European Council (summit of all Heads of state), have a total of 7 decision making institutions.

The Council of the European Union consists of one minister per member state, meaning that each minister represents the national interests of his country. The Council is invoked every time a new legislative proposal comes through which are then either passed or rejected based on a collective vote. There are three different types of voting procedures that are enforced depending on the legislative proposal at hand; Simple Majority, qualified majority or unanimity voting. Qualified majority voting is a weighted vote that is calculated using different factors which then defines the power of a countries vote under this voting rule.

Thus, arguably the distribution of power between member states takes place primarily in the Council, where a states power can define the outcome of a vote. This voting rule however can easily lead to stagnation of legislative process if the national interests of the member states start to clash. This problem with consensus votes has indeed shown to be an obstacle to EU cooperation in the past years.

Take the European migration crisis of 2015 as an example. Even though the OECD and Eurostat had predicted a long-term increase in immigration from developing countries, the very sudden and dramatic influx of migrants into Europe in 2015 came as a shock and posed a very big challenge to the democratic institutions of the European Union. The majority of the one million migrants that entered Europe in that period were asylum seekers and refugees. According to European values, it shouldn’t have been questioned that the European Union should provide the appropriate support for these kinds of migrants. Yet, the rate at which migrants entered the European Union and the pressure that came with it, created a deep division between member states on how to handle the situation. More specifically, a deep division between the East and the West of Europe.

To remove pressure from arrival countries like Greece, Italy and Turkey, a migrant quota was proposed which would distribute the total number of migrants amongst member state countries according to their ability to harbour.

Said migrant quota was brought to the Council of the European Union where the ministers argued the cases of their national governments in favour or against the proposed quotas. This is where we start to see the deteriorating sense of solidarity and common responsibility amongst European member states in face of a crisis. A bloc of countries now known as the Visegrad Four (Hungary, Poland, Czech Republic and Slovakia) refused to accept asylum seekers under the proposed European quotas, that were strongly endorsed by countries such as Italy, France, Germany and Spain that were harbouring the most significant amount of asylum seekers and migrants.

Even though agreements were met on actions against the migrant crisis outside of the EU, Internal agreements are still today almost impossible to achieve. This internal battle between the member is not only a sign of deteriorating solidarity and respect for founding European values but also a threat to one of the most significant achievements of the European Union: the Schengen zone. The Schengen zone allows the free movement of people within the outer borders of the European Union, but many member states are now threatening to install fences and establish border controls to avoid any influx of unwanted asylum seekers, thus leaving other member states alone to deal with the burden of absorbing an unusual amount of people into their societies.

The tense situation in the European Union and the deterioration of solidarity following this incident is captured in a quote by the former French President Francois Hollande: “Those who don’t share our values, those who don’t even want to respect those principles, need to start asking themselves questions about their place in the European Union. “

However, even though the internal battles between member states is on-going, the number of asylum applications have dropped from 1.3 million in 2016 to around 627 Thousand in 2017. This leads us to the next factor contributing to the deterioration of solidarity and European values. As Antonella Rempino accurately put it: “There is no large-scale problem in Europe today, but domestic political issues in which the migration theme is exploited.” Following the European migration crisis, anxieties of European citizen kept rising and prompting them to turn to the EU for solutions to issues of migration as well as other national issues such as unemployment. But without agreement between ministers at the Council of the European Union, no legislature can be passed, and progress is stagnated meaning that acute reactions to the European migrant crisis were made near to impossible. The European Union’s inability to act because of disagreement on migrant quotas, has in part led to the rise to power of populist/nationalist parties in multiple member states. A populist leader, according to Benjamin Moffitt, claims to represent the unified will of the population, which usually opposes an enemy that is incarnated by a current ruling system.

This recent rise in populism in Europe represent one of the most relevant changes to European political thought in the 21st century, going from a balance between centre-left and centre-right to a strong tendency towards the extreme right. Support for their respective parties comes from: Opposition to mass immigration, regardless of statistics showing a substantial decrease in migration, opposition to cultural liberalization of non-national individuals and the perceived surrender of sovereignty to a federal institution (the European Union) that seems distant and inactive.

This surge in anti-immigrant, anti-establishment and nativist stances adopted by many member states have caused politicians to go directly against founding of the European Union in multiple ways. The destabilizing power of the rise of populist governments is only reinforced by the fact that consensus in the Council of the European Union is now made even harder due to increasingly drastic divide in political tendencies amongst member states. Which then leads us to realize that scapegoating the EU, does not lead to a productive solution as the only way that change can be effected, is through the cooperation of national governments, that are uncooperative.

But fact remains that the European Union has provided the continent with peace and prosperity for many decades, something that a lot of Europeans take for granted. Even though it is true that it is imperfect, as all human institutions are, many argue that it is of vital importance to preserve it and nurture it to ensure continued peace and prosperity as well as proclaiming the founding values for the sake of all its citizens.

Thus, it is important to attempt to reform the European Union and to avoid the European project to be suffocated by nationalist and populist ideals. People such as Guy Verhofstadt, the President of the ALDE (Alliance for Liberals and Democrats in Europe) as well as all the members of ALDE are the carriers of hope for this new generation of European cooperation, that strongly supports the idea that the European project and its values are just asleep.

All that is left to do is to wake them up. 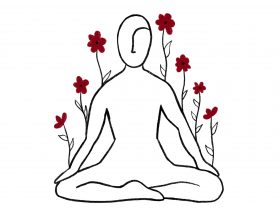 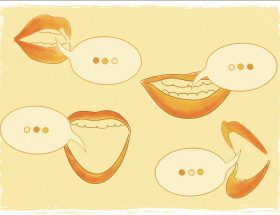 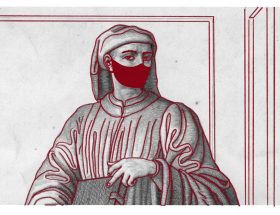