Actress Diane Guerrero is known for much more than just her roles on Orange is the New Black and Jane the Virgin.

Born on the East Coast of the United States and raised in Boston, Massachusetts, Guerrero was always family oriented. She grew up in a loving tight knit Colombian household where she was always encouraged to work hard to achieve her goals and dreams. It may have been this continuous support that drove Guerrero to overcome various obstacles and setbacks, some far too difficult to discuss, before walking into the spotlight. One of these was the heartbreaking reality she faced at age 14 when both of her undocumented parents were detained and deported back to Colombia. Prior to these two deportations, her only brother was also deported as they were all trying to pursue the correct path to become legal U.S. citizens. With no immediate family, Guerrero relied on close friends to help her get through high school and college. While much more of this is discussed in her memoir In the Country We Love: My Family Divided, her passion for acting and the arts really unfolded when she was in high school as she attended the performing arts school, Boston Arts Academy. When in college, she considered majoring in political science and communications, but at 24, decided to pursue an acting career.

After gaining much recognition for her two roles in Orange is the New Black and Jane the Virgin, she began to use her platform to voice her thoughts and opinions to her audience about several issues that mattered to her. Her personal story was first publicized by the Los Angeles Times in an Op-Ed written in 2014 where she noted that her family worked hard to keep their relationships strong, “but too-short phone calls and the annuals summer visits [she] made to Colombia didn’t suffice. They missed many important events in [her] life” including her singing recitals, prom, the college application process and her graduations from high school and college. She goes on to mention that her story is all to common, that “every day, children who are U.S. citizens are separated from their families as a result of immigration policies that need fixing.”

It is through her personal experiences that she continues to advocate for the justice of several different movements that include immigration reform and rights, women’s rights and civil rights.

Guerrero is heavily involved in voicing her opinion on the politics that the United States has gone through since the Obama administration. She has repeatedly called out Congress to push for a reform to fix the broken system that several families have to go through in regards to separation. It was a discussion and topic that she spoke out about especially throughout this past summer when thousands of children were separated from their families at the U.S.-Mexican border when they tried to seek asylum to enter the United States. Her political activism has led her to receive many honorable awards such as being named one of the Presidential Ambassadors for Citizenship and Naturalization by President Barack Obama in September 2015. This past May, she was also recognized for her work at the 2018 Phillip Burton Immigration and Civil Rights Awards. Besides these recognitions, she stands as an ambassador for two non-profit organizations Immigration Legal Research Center and Mi Familia Vote who each focus on working towards educating those about issues in the immigrant community as well as issues that pertain to social justice.

Working in the entertainment industry as a woman of color, Diane has seen and faced several situations that have led her to speak out about the treatment of women. Through the sharing of her life on Instagram, she publicly posts about the support of women especially in regards to topics such as equal pay, equal rights, etc. She will often share her experiences at different summits that are specifically targeted at women.

It is undeniably evident that she is a fantastic advocate for justice in what she believes in.

She is also known for having posted about the importance of voting in this past midterm election. Guerrero posts in both Spanish and English to reach out to as many as her followers as possible. She is also known to provide commentary on different political occurrences via Twitter.

She is supportive of several different other causes such as the LGBTQ+ community and the Black Lives Matter movement. She will only collaborate and work closely with organizations and businesses that provide and promote a positive voice for change. Taking full advantage of the platform she has, Guerrero will only continue to provide a significant influence for change as the United States continues to progress in several of its different political aspects.

Guerrero is a young, refreshing voice whose impact has inspired and led others to pursue their own changes in the world.

An inspiring figure, her voice is definitely one that needs to be continued to be heard. 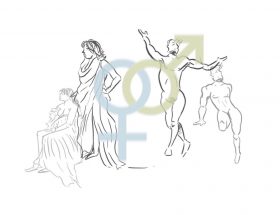 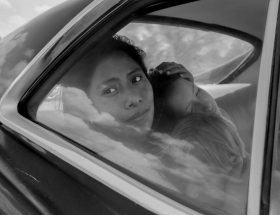