What is means to live, work and learn in spaces designed by men

We use architectural terms to describe the experiences of marginalised groups but does architecture actually play a role in the construction and perpetuation of hierarchy? We live in a world designed largely by men. There is much more to the term ‘man-made’ than a simple reference to our built environment – but what implications does this have for the consumers of space? Architecture is encoded with patriarchal ideology. The material world gives visual and physical expression to mechanisms of power. It may not be an intended principle of design, nonetheless, we must pay attention to where architecture marginalises– rather than empowers– consumers of space. Discussions of architecture disguise the ideological production of space as they centre largely on aesthetics. The focus of this discussion is on the intersections of space and power but there is much more to be considered about how gender and architecture interact.

Studies of architecture tend to prioritise the architect over the consumer of a space. Too often studies slip into the rhetoric of the single male ‘genius’ behind a building, ignoring not only the collective process of design by a group of people, but the interaction of individuals or groups of people with a space and how they contribute to its meaning. Attention to the individual architect is too narrow an approach to architecture and demands consideration of the complex processes of production and consumption in spatial design. Buckley argues that meaning in architecture is found in the relationship of individuals and groups to a space (Buckley, Made in Patriarchy: Toward a Feminist Analysis of Women and Design). Men disproportionately relate to the production of architecture yet this pattern is not reflected in its consumption. That the design of space is dominated by men raises the question, who is architecture for?

Virginia Woolf’s A Room of One’s Own reveals how architecture overlooks the needs of women. Woolf suggests that women had so far been excluded from the literary tradition because they did not have access to their own space to write. She calls for women to “have money and a room of her own if she is to write fiction”. That women had never had a space for themselves reveals the patriarchal ideology manifest in architecture. The organisation of space prioritised the interests of men over women, facilitating a literary tradition dominated by men who had access to their own, undisturbed space to write. Spatial design has the potential to inhibit or to empower women. Woolf’s attention to space as a necessary factor in the creation of identity demonstrates the role of architecture in the construction and perpetuation of hierarchy.  Space, for Woolf, was integral to women’s progression and as such, they had been denied it.

Discussions of women in relation to architecture have moved on from primary questions of access and exclusion, and from the man/woman, public/private binary, to discussions of how space is designed with men as the standard. The relative lack of women architects and patrons throughout history has excluded women from decisions in the organisation of space. Barriers to education and personal wealth for women as well as other marginalised groups, has meant the architectural profession has been dominated by white, middle-class, heterosexual men. The built environment encodes these social relations, reinforcing a social hierarchy at which men are at the top. Architecture takes men as the measure by which the world is designed and represents men’s use of space. What then are the implications for consumers of the material world?

Women’s needs in the design of space are consistently ignored. John Cary’s TED Talk that went viral in 2017, How Architecture Can Create Dignity for All, discusses how the queue for women’s bathrooms is usually disproportionately long. This is just one example of how architecture fails to account for women’s use of space. Cary also talks about the birth of his first child and how the cold, sterile room on the maternity ward was ‘completely misaligned with the moment that [they] were experiencing’. Cary’s identification of certain shortcomings in architecture reveals where men have failed to be attentive to other people’s experience of their design. Such faults in architecture may be internalised by women who somehow feel out of place in the built environment and begin to question their occupation of space. Yet it is architecture that is not designed for women and we must ask what is wrong with design rather than what is wrong with women.

Architecture is not only designed with men as the standard, but designed to put men in a position of power. If we take the supermarket as an example, somewhere we all frequent, there are elements of its design that authorise men and disempower women. The average height of women in Scotland is 5ft 3.5in. The top shelves of supermarket aisles are unattainable for the average height woman, let alone for those below average, and even women who are above average can struggle to reach. Supermarkets are designed in such a way that many women cannot be independent while shopping. They must rely on the assistance of someone else if they which to access the top shelves (the average height of men is Scotland is 5ft 9in). The design of the supermarket, therefore, reflects a power imbalance. This is design issue is not isolated to supermarkets, the same is true of the height of overhead luggage storage on trains and planes.

Architecture gives both public and private physical form to patriarchal hierarchy. The house has been called the ‘prime site’ of women’s disempowerment as it is where the sexual division of labour begins and hierarchy is naturalised (Williams, What Would a Feminist City Look Like?). Perkins argues, to empower women in the home, houses should be without private kitchens and instead connected to a central kitchen space shared with other houses (Perkins, Women and Economics). Such calls to reorder the home reflect the degree to which women’s positions of power are established in this space. As more women moved from the home into the workforce in the twentieth century, Spain argues the office space was redesigned to contribute to gender stratification (Daphne Spain, The Contemporary Workplace’). A hierarchy of power in the workplace was constructed on principles of vision. Men, who occupied a greater proportion of management roles, had individual offices where they could not be seen, while women, who occupied less specialised positions, worked at a desk in an open plan office where they could, at all times, be seen.

Architecture plays an overlooked position in naturalising patriarchal ideology. We are not conscious of the social inequalities manifest in architecture but the material world is not egalitarian. Mapping who architecture is constructed by and for realises much about the way our social structures are built. Can we build a more equal world into existence? Architecture alone cannot reform social hierarchy but it can begin to challenge the naturalisation of the western male standard in design. Creating spaces that consider the position of women can empower women in the home, in the workplace and in public, to stand on more equal terms with men. This is a very binary analysis of power structures in the built environment and there is much more to be considered about gender and architecture. Resistance to patriarchy must take multiple forms and new environments can encourage new social values. 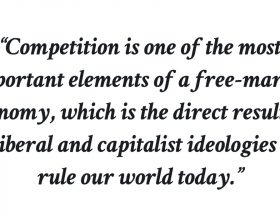