A couple of years ago an article on the Guardian came out titled “Neoliberalism Has Conned Us Into Fighting Climate Change as Individuals,” and when I came across it on social media, I realized that this was something I had little considered.  Corporate-run media constantly pins the whole idea of climate change activism on the idea that it is our individual responsibility that climate change exists, and thus our individual responsibility to combat it. It is our responsibility to ensure to prevent things getting worse by buying local vegetables and replacing the energy sources in our homes with solar panels. While it is definitely easy to think that by bringing reusable bags to the supermarket and drinking our coffee at Starbucks without straws that we are doing a real service to the environment, many have become oblivious to the fact that the same people telling us that it is all our fault might just be doing so for a greater reason- they do not want to be held responsible themselves. These changes are relatively simple to place into your life if you fit into the privileged, bourgeois minority that can afford to buy the organic alternative to broccoli instead of the one that is half off . Don’t get me wrong, I think that if you have the means to implement these things into your day to day that you absolutely should, but it all feels rather absurd when you consider the true source of damage and destruction to the environment.

The BBC, for example, points a finger in an article that it published on October 30th, 2019 to people who suffer asthma by saying that their medications are generating a massive carbon footprint. While this article may seem like the most normal thing to us now, it really isn’t when you really sit down and think about the fact that 71% of all harmful greenhouse gas emissions are the fault of just 100 corporations. Also, when you really think about it, this article’s headline, to a great extent is normalizing blaming the world’s problems on the disabled and the marginalized. It’s almost as though those who created the problems in the first place wanted to divert attention from themselves to the powerless to continuously reinforce power mechanisms that keep the marginalized “in their place.”

Climate change is not about you or me or about the self in any regard really, but in truth is about a greater structural problem that continues to destroy everything in its path until it is ultimately consuming itself. Maybe this makes us as individuals feel powerless and weak, because the same neoliberalism that has conned us into thinking that we can solve climate change through simple, individual lifestyle choices has similarly conned us into believing that the system in which we exist is the be-all-end-all of human progress. We have been tricked into believing that, in the immortalized words of Maggie Thatcher, “There is no alternative.” Individuals can do nothing to change the fact that things work the way that they do because of some ploy that corporate-funded think tanks have made us believe that all the problems we face are normal.

Exxon knew about climate change over 40 years ago, a decade before it became a publicly discussed concern. They have spent decades, however, doing everything to spread misinformation on the issue, to divert attention elsewhere, and to essentially deny climate change even as the crisis we face worsens and becomes more threatening. Shell has done the same, and alongside Exxon, they launched a series of investigations to predict the effect of their products and extraction practices to discover the eventual effects of CO2 in the atmosphere. They understood the social impact of the havoc that they would wreak on the world, full comprehending what rising climate would do to people who required new sources of freshwater and who would be displaced by flooding. It suffices to say that their predictions were devastating in every way shape and form, and as cartoonishly evil as it may appear to even say that they might do it, this is the reality of our world today. We hear these things, are initially shocked and horrified, but eventually feel too powerless to really do anything about what we encounter.

The self in relation to climate change is highly vulnerable, and yes, if the neoliberal myth that we are alone in all respects was at all true then it would seem even more terrifying. Demanding transparency and democracy would be much more effective ways of mitigating the disastrous effects of climate change than using less disposable forks and knives at fast-food restaurants. We have forgotten the real fighting element that we have as a society, and that is solidarity. Sitting back and accepting the inevitable climate apartheid and holocaust that loom in the near future by switching our clothes to wearing sacks of biodegradable burlap is not and never has been the way of achieving change. The power that individuals have is the capacity to function alongside others to build a sustainable society in which everyone can equally participate in taking apart the current system that we function under to demand better, because we all do. Instead of telling asthmatics to change their lifestyles and blaming them for creating a massive carbon footprint, we should turn accountability where accountability is due. 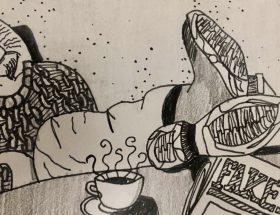 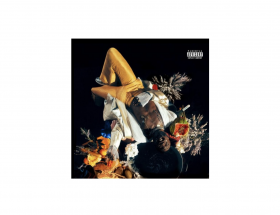 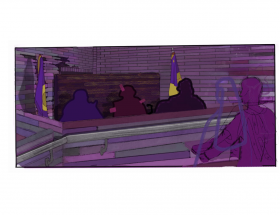