The first thing that attracted me to tarot was the art. There are many different sets available, but the one I bought was the Rider-Waite, whose cards are covered in intricate drawings that aim to communicate all of their many meanings in just one image. The images were drawn by Pamela Colman Smith, also known as Pixie, an artist and occultist born in 1878. The images she created for the tarot deck are completely original, and help the journey of tarot from parlour game to divination. Tarot cards were originally used for simply playing games; it wasn’t until around the 16th centuries that they were used for divination. Some have tried to link tarot to ancient Egyptian gods, or Indian Tantra, but they are really European entertainment. This becomes pretty obvious if you notice that all figures on the cards in the most well-known pack are Caucasian. Tarot has now spread across the world, becoming particularly popular in Japan, having been introduced to Japanese culture in the 1930s. While tarot does seem relatively modern, compared to the use of runes and other divination practices in ancient worlds, it uses ancient divination techniques.

Tarot readers tend to use cold or warm reading techniques. Cold readings convince a person that the reader knows all about them despite having never met them before, using open answers, generic statements and population stereotypes. These are all things that could feasibly apply to the majority of people, such as someone facing a choice, or going on a journey, or recently having had an altercation with a friend. Warm readings use personal effects (a person wearing black might be in mourning) and the responses to certain lines of inquiry to gage more, relying significantly on the reader’s ability to pick up clues and cues from the sitter. Finally there are hot readings, whereby someone finds out information about the sitter beforehand, and tips off the reader.

Everyone seems to have an aunt, or a godparent, or distant, almost intangible, connection to someone who has had their tarot cards read. And these readings always seem to go one of two ways. The reader might predict the exact number of children the sitter will have, or where they will meet their future partner, or when they’ll next move house. This is a fun reading. The other reading, the scary one, is always telling of some great calamity. People leave the room white-faced, mute, refusing to pass on the details of their sentence to anyone else. Or they laugh at it after a few glasses of wine, where they act as if they are joking until someone else either laughs along with them at the idiocy of tarot, or validates their inner fear in hushed tones, maybe off to the side slightly…’but aren’t you just a bit scared it’s true?’

I have had my tarot read by the most spiritual person I know, and it was fascinating and exciting and nerve-wracking, and I will never have it read again. Despite this, I am the proud owner of a pack of tarot cards, and will whip them out at the slightest suggestion. To me, tarot cards act in the same way as flipping a coin. Indecisiveness has always been a bit of an issue for me, so sometimes when choosing what to eat, or watch, or wear, or do with my life, I will flip a coin. The course I take will never be charted directly from the side the coin lands on, but instead always from the instant feeling I have of either joy or disappointment at what fate has chosen for me. That’s how I know what I really want. Elation as it lands on tails? Study Art History rather than Arabic. A sinking feeling at the sight of heads? Heads was pasta, but I now know I don’t want it; better order pizza.

So when I’m reading my own tarot cards, it is more of a prompt. Trusting your gut has been said to be the greatest way to navigate life, but sometimes I think it needs a little reinforcement, a little support. If I ever read tarot for you, please take it as this. My greatest fear is that someone will act on the cards that I have dealt, and despite my obvious fallibility in the constant forgetting of card meanings, or confusion when it comes to what order to place the cards, they will see not a random assortment of pictures but their future.

This is my fear for others. My fear for myself, from the closest proper reading I’ve done, is how much I think about it. I became a bit obsessed. Has it come true yet? Will I know if it ever does? I gave a time frame of a year in my questioning, but how do the powers that be know whether I was starting that year from the day of the reading, or the year that I was in? Other people had readings at the same time, did mine get lost in the post?

My concerns surrounding this reading were put on hold after the current pandemic made me realise that tarot was not entirely reliable. Apart from Demi Lovato’s spiritual advisor, no tarot reader appears to have predicted Corona. This seems like a big thing to miss, given the international effect it has had. The science community did, but they got about the same notice as if a veiled lady with a crystal ball had turned up at 10 Downing Street with the same report. Then again, did anyone think to ask? Among the myriads of ‘will I ever be truly happy’, ‘what does life have in store for me’, ‘will I be employed after uni’, did anyone inquire as to whether a pandemic would paralyse life as we know it?

In Black Mirror episode ‘Hang the DJ’, it is through checking his future (how much time he is allotted with his ‘match’) that Frank changes his future (reducing the time he will spend with her from 5 years to a few hours). While this was a simulation, and it was more about his breaking of a promise than knowing his future, it should also be considered in light of the power of knowledge. Could the very reading of your future change it? Would you act differently with or without the information you now have? Once you know what’s supposedly going to happen, can you make decisions to chase that future, which could ultimately make you lose it? Scenarios fill my mind. Imagine you were told you would meet the love of your life in Paris, so hopped on the first train to France. But there are seven cities of Paris in various states of the USA, accompanied by a number of towns and ‘unincorporated communities’ of the same name. What if you’re really supposed to meet this person in Paris, Texas, or Paris, Arkansas, but you have made camp in Paris, France, and will now never leave the Champs Elysees for fear of missing your future. These are the things that keep me up at night.

This spiralling will only get you so far. The basic question is whether you believe in tarot or not – any reading, or magic really, only has as much weight as you allow it.  Despite my understandings of psychology and chance, and how tarot began as a card game, I have enough fear to not have my tarot read again. The future can be a problem for tomorrow. 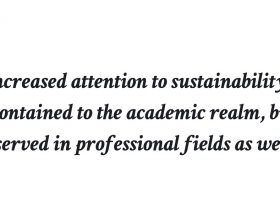 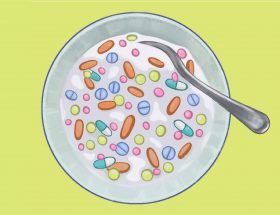