Lucía Hinojosa (Mexico City, 1987) is an interdisciplinary artist, writer and editor. Her practice develops through a series of conceptual, ephemeral gestures and performative trajectories as a method of investigation that results in a corpus of visual, sonic, and text- based works. She studied Visual & Critical Studies at SVA in New York City, and did the SOMA two-year program in Mexico City. Her work has been exhibited at various galleries and art spaces like Sector 2337 (Chicago); Grice Bench Gallery (Los Angeles); Centro de la Imagen (Mexico City); Anthology Film Archives (New York); Chalton Gallery (London). In 2013 she co-founded diSONARE, an independent editorial project. Her writing has appeared in different publications in Mexico and abroad.
These are some of the poems she has been working on lately.

ROOT #1
by Lucía Hinojosa and No Land
shape of
rock consciousness
devour
each tooth, a sword
trying not to lie
fertility is
possible action
the warrior ceremony
can be summoned
any longitude
mountain or
carnival admission,
turbulent highways on their way
to
the
underworld

across
the heavens
fire
serpents.

the mechanism of what appears

dissolves against the gaze, where few words linger
on the screen
against the inanimate surface, fire
against the phenomenon of movement, fire
against the blackness of a shadow, fire
the space we gathered once
within the spectrum of language
/
the phantom of ontology deserves to be diluted
I is other (rhizome on the screen)
words is others,
and all is words, the ones gone
the ones that will return,
in the surface of the ashes
/
fragments of my mind
reappear
while looking at the TV
deflecting like a camera obscura
the pinhole image occurs when
a scene rises, at the other side of illusion
vapors,
gas, smoke,
(it is dangerous to inhale a wall)
the fumes connect through detachment
words are lost,
ghostly ashes: RISE!
make appear
the moment of complicity,
the intersubjective
promise
/

phantasm, apparition
delusion (dilution) unreality
screen screen screen:
display the modes of perception
for I to see, screen, seen, cry screen, cry
to bring to light, to appear, to shine
display, display the phantom: to make visible
the apparition
while your fingers swipe up, swipe down (the fire)
incite, poke, stoke the vigor of relentless silent speech
through
the in-between of language, half words, half bodies
the password, the riddle, the lock, melts again
the password, iron over fire
/
your hand holds phenomena
right left above below:
objective space for subjective comfort
your hand holds phenomena:
the absolute composition
a meta-symbiosis, a mindmovement
where all develops
like maternal placenta 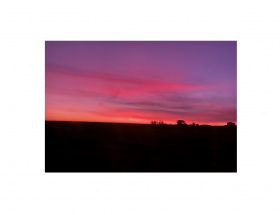 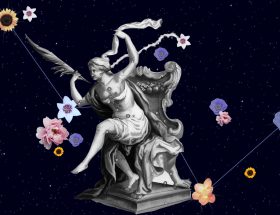 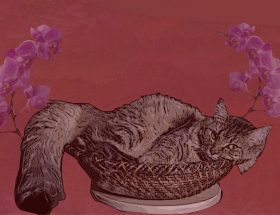