on the personal paradoxes of passing time

What is a tangible realization of time gone by?

Old photographs, objects of a distant past, a glimpse at yourself in the mirror, the rising and setting sun, the changing of the sky, the color of the trees, the way wind dances, how it feels like when it’s touching your face.

What about the passing of the years, days, hours, minutes, each second?

A sundial? An hourglass? A timepiece? The watch on your wrist? The digital clock on your laptop, on your phone.

What do you use to tell the time?

Look around, does the room you’re sitting in have a wall clock?

An early scene from Nancy Meyers’ film ‘The Intern’ (2015) starring Anne Hathaway and Robert De Niro immediately comes to mind. On his first day at the job as part of a ‘senior citizen internship program’ at Hathaway’s retail modern startup, De Niro arrives at the office dressed in a suit and red tie, tan briefcase in hand, (The 1973 Executive Ashburn Attaché’, as he clarifies later). He is shown over to his desk and he gets ready for the workday. While the intern sitting beside him whips out a laptop, an iPhone, a hardrive, and a USB cable, De Niro lays out his Samsung flip phone, his set of fountain pens, a calculator, and a little black clock.

This is just one of the multiple little moments in the film that evoke the realization of the effects of time. The effects of the passing of time on society, human behavior, forms of communication, relationships, essential objects, gadgets. Everything we could possibly need, today seems to lie in the being of a sleek, slim metal device, one that fits inside of a pocket.

This list of outdated things is unending yet one object that is in the process of losing all use, stands out due to the irony it evokes. The object that upheld the conception of time as it exists, accurate, cyclical, exact and universal; the clock. The traditional clock has been destroyed and reduced to nothing by the passing of the very same time.

A pocket watch is sitting upon the palm of my hand and I can just about hide it inside my fist when I shut my fingers close. It’s not extensively ornamental, just a simple gold with a few lines engraved on the front, and a floral embellishment on the back face. When I press the button on top the front frame opens up and reveals a beautiful clock within. Classic numbers painted in jet black with two delicate dials, one for the hours and another for the minutes. The text inside reads ‘JAYCO’. While this name doesn’t ring any bells for us specifically in an international context, back in the 70s and 80s it was well known around India; reputed, revered and loved. ‘JAYCO’ was a Delhi based Clockmaking enterprise, established in 1960 by my maternal great grandfather in and around the historical part of what was once the greatest of the Mughal cities. They began by importing and selling clocks from Japan and Germany. Eventually from clock sellers they expanded multiple fold and began manufacturing their own products. They were known for their timepieces and winding alarms, pioneers in the field in India.

This pocket watch, manufactured in one of their factories, was handed down to my younger brother by my grandfather about 10 years ago. As children we were repeatedly asked about the gifts we wanted for our birthdays. In early days, it was toys or paint supplies, or books, but as we got older both of us developed this love for things of the past; family heirlooms, photographs, old things of the everyday. These objects, no matter how small, big, valuable or invaluable, gave me a sense of my own existence and history. The thrill of a gift like that was unparalleled by any other.

The watch is the most significantly intertwined with a personal family history out of all of these objects. A direct product of a family enterprise, the trajectory of which was nothing short of movie like; a rise, a sustenance at the peak, but then an ugly fall and a collapse. At one point the only way to go seemed upward and forward for this enterprise, but today in 2020 it has almost, if not entirely died out. While multiple factors contributed to its collapse, a feud between the inheriting siblings remains the primary reason for the conflict. Despite most of them being in the last legs of their lives, battles in the court continue to go on. Parallel to this, the legacy of the organization continues to fade, in this new age world.

Traditional watches and clocks are rapidly falling out of use on a day to day basis. The wristwatch seems to be the only one that is still surviving, and that too rather than an essential commodity is more an accessory or a luxury item. That is not to say that the watch has gone extinct and is a rare find. Most of us will able to find one in our homes but compared to its use in the past numbers have shrunk drastically. What once was an essential for any industrial society, the base of its existence, today has been conveniently replaced with the advent of newer technology. I don’t think it would be wrong to predict the complete disappearance of the round face of a watch as we know it to be today, in the matter of just a few years.

I remember being in school and filling out those worksheets in math class, when they taught us how to read the time. I was terrible at it and always confused the minute and hour hands.

Will children be doing the same exercise in primary school, 15 years from now?

Do they still do it?

Do they need to?

Reflecting on this ironic dual paradox; time destroying both the clock and the clockmaker. How many things that seem essential to us today will fall out of use in the coming years? How many people who seem to be thriving, will be forgotten, lost, destroyed by the ravages of time?

It’s something to consider. 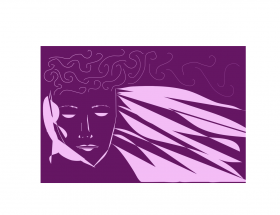 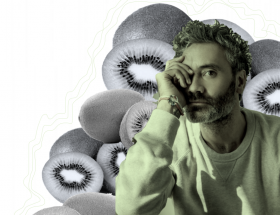 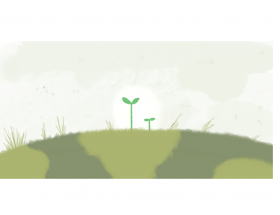