Home SERIESSNIPPET SOUNDSThere’s nothing more romantic than a good death ☺

80% of soldiers can’t shoot a defenseless enemy​ , but I haven’t been to war, so I know that that’s bullshit. I’ve grown masochistic to the move of a knight or pull of a trigger. I get to watch, with fear or pleasure. I get to watch pieces joust each other with a wooden crack, same as a failed rifle that bloodies a soldier in splinters. ​He gets to die lit​, it is time for me to sip from the timeless river of blood that soaks iron into sands and trenches and stumps. Soldiers start battle, fatter men need war. Today, I’ll grow plump and grin as my trousers pop a button. Today, fingers will dance through the air indecisively, palming pawns, pondering a push. Chins rest on an open hand in the same way and for the same reason a country puts statesmen in wooden chairs around an expensive table. Beats of the clock thump hollow, rattling the bird bones of these men, try not to listen. I’m not. I’m watching, and waiting for beauty. You are NOT supposed to have fun but who the fuck is gonna stop me. Not you. No one here is bored and what else can you ask for from life. Maybe one day we can grab a beer and sit and each french fries fistfuls at a time. Maybe one day. First, one of us has to die.

Try to find a place more lonely than a battlefield of men. I’ll wait. But, this is taking too long and I expected fun. It’s fun to win but it’s funner while you’re losing; that’s when you feel. The beat of the bass in a hearty bar and the warm kiss of a pretty girl and the light stretch of her panties underneath your fingerprints. Feel great because you feel nothing at all. The nothing is here tonight, it sits besides your beer belly and the smile of your best friend across the trestle. Gulp from your half-full stein. Ignore that both bunks of y’all’s twin beds will be half-full tonight; that there’s a flag at half-mast softly lit by a half-cresent. And that we have a long, long drive tomorrow and every day after that. There’ll be muskets to load and drones to pilot. So stay out late tonight, have fun. There’s no rest like a night in a mass grave.

Corpses handpainted blank, just like William Prescott’s eyes. Blank and stiff cause their bodies are made from cork, wood, glass, and their bones have turned to ivory. Fall off the front line and discard back onto that expensive table. Fuck an order and fuck a bunker, it’s better if you don’t think. Humans are weak but instincts are brave. These men try not to listen and they do their jobs better than we ever will. So, here’s some useful information for the soon-to-be beheaded. (Make it romantic) it’s the only death you got—I’ve got plenty more. You know it’s not fair and that it was never supposed to be… that’s never been my fault. So jump the trench into no-man’s-land with your airpods in. Listen and hear the rattle, the hymn of somewhere between life and death. A flatbed freestyle of metal and blood. Mortars and silence and the crunching of treads. The mustard here’s not organic—but it tastes so good.

You never cared much for questions, only orders, and I’m not sure who’s fault that is. But the clock’s running low, and we all listen to father. So forget your name, settle for a letter, and breathe: it’s time to shoot your gun. 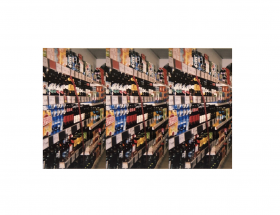 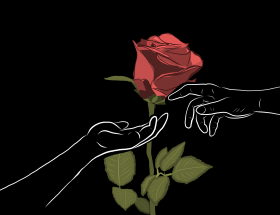 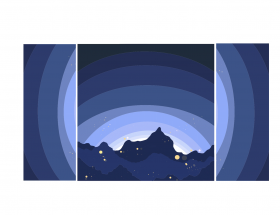