The definition of feminism is largely undisputed: an ideology that advocates for equality between the sexes. But as this statement is broken down, differences in dogma begin to materialise. As such, the term ‘feminism’ carries a lot of baggage. Hostility towards the term, in many cases, can be explained by its historical context. The concept of ‘feminism’, like many other Western ideologies, emerged during the centuries of European colonialism. Although the term has developed since then – most notably in its acknowledgement of intersectionality – it remains a loaded word for many people across the globe. This article will decipher some of the major tensions within contemporary feminism, in particular ‘white feminism’ and the so-called TERF wars. I hope, though I am hesitantly optimistic, to identify where feminism is going wrong and how we might someday get it right.

Audre Lorde, in my opinion, is amongst the most profound feminists and intellectuals of the twentieth century. In her famous ‘Master’s Tools’ speech, Lorde deconstructed second-wave feminism, and highlighted its major downfalls. She drew upon her own lived experience as a black lesbian woman, whilst criticising the marginalisation of non-white, queer, and poor voices in academic feminist circles. Lorde’s statement introduced a paradox that remains prominent today: “What does it mean when the tools of a racist patriarchy are used to examine the fruits of that same patriarchy?” Lorde proposed a poignant reminder that any version of feminism which does not amplify the voices of WOC, trans women, or underprivileged women, will never deconstruct the patriarchal forces that restrict all women. In 1984, Audre Lorde’s speech was contentious, but more importantly, it was unifying. “Interdependency between women” was her answer to the negligences and tensions within feminism.

Françoise Vergès is another feminist whose work I discovered more recently, after reading an article by Hanna Bechiche on gal-dem. Vergès is a French political scientist, and much of her scholarship focuses on postcolonialism and the history of slavery. In 2020, she published A Decolonial Feminism, which, much like Audre Lorde’s work, seeks to redefine feminism as a force that must challenge capitalism, racism, colonialism and eurocentrism. Vergès discusses why so many women feel disconnected to, and even deterred from, the Western feminist movement and mainstream feminism; she reveals how the language and theories used by ‘civilisational feminists’ looks all too similar to the European civilising mission.

The issue of civilisational feminism’, also called ‘faux feminism’ or ‘white feminism’, is particularly contentious in France following the recent bill to ban women under 18 from wearing hijabs in public spaces. This combination of state secularism and French mainstream feminism has resulted in an ideology which asserts that Muslim women require to be ‘saved’ from gender-based oppression. In reality, this twisted adaptation of white saviorism both belittles female identity outside of the West and creates hostility towards Muslim men. Both Audre Lorde and Françoise Vergès illustrate one fundamental idea: there is no universal experience of being a woman. Race, religion, sexuality, socio-economic status and geo-political factors conjure vastly diverse lived experiences and histories. Vergès prefers the term ‘multidimensional’ to ‘intersectional’, when discussing feminism. Multidimensional feminism encompasses elements that can’t be as easily categorised as class and race, such as cultural and historical components. Thus, in my view, feminism means something different to everyone, based on the culmination of their experiences, background and surroundings.

TERFs (trans-exclusionary radical feminists), though not as discreet as mainstream ‘white feminists’, are just as detrimental to feminism’s self-proclaimed ideology of equality. Since the 1980s, academic circles have considered gender as a fluid construct and category of analysis, rather than a universal or a historical fact. But the eloquent works of Judith Butler and Joan Scott were not entirely revolutionary. The gay liberation movement of the 60s and 70s had already established a reformist attitude towards gender; prominent drag queen and activist Marsha P. Johnson famously stated that the ‘P’ in her name stood for “pay it no mind”, referring to gender. To me, TERF ideology is extremely contradictory, and at times, ironic. Whilst trumpeting for women’s rights, they reduce women to a one-dimensional category characterised only by their sex. Sounds a little like the patriarchy – the very thing they say they are trying to dismantle. Once again, Lorde’s words are ringing in my ears.

Almost exactly a year ago, J. K. Rowling earned her TERF title after tweeting that ‘women’ and ‘people who menstruate’ were interchangeable terms. Following her textbook example of trans exclusion, Rowling received support from fellow writer, Chimamanda Ngozi Adichie, (and here comes the irony) author of Why We Should All Be Feminists. In an interview on Channel 4, Adichie implied that trans women weren’t ‘real women’ because they once lived with the privileges of a man. According to her, the experiences had by trans women are not equal to those had by cis women, and thus they do not fall under the same bracket of ‘women’. Just like that, Adichie and Rowling fell victim to the ‘universal experience of women’ trope. Of course, trans women and cis women will have extraordinarily different experiences and lives, but so will every woman across the world. Overall, the TERF argument lacks nuance and completely ignores the multi-dimensional nature and experiences of women.

Feminism is filled with tension. Vast generalisations and major simplifications of the experiences had by women sit at the stem of these conflicts. The term itself unsettles certain groups of women, following a history of exclusion and the perpetuation of colonial sentiment through contemporary white saviorism. ‘White feminists’ will preach inclusivity whilst failing to understand female identity outside of Western cultures, and TERFs will happily cherry pick the women they deem worthy. Inclusivity, or perhaps collectivity, should be central to feminism. Yet for decades, pseudo-inclusivity has excluded and alienated women who don’t fit into the white, Western and cis-gendered narrative. Women of every race, sexuality, religion, class and culture need a ‘feminism’ that they feel they can be meaningfully associated with them. Until then, feminism will continue to be polluted by exclusion and inequality. 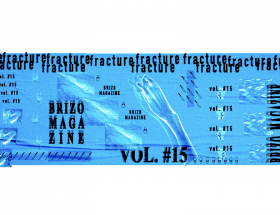 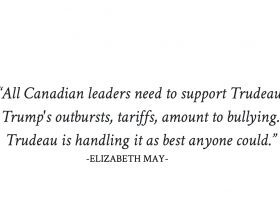 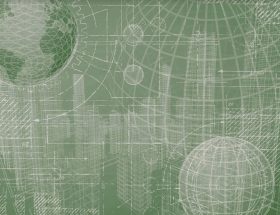