Net income: 12.598 billion US dollars. The world’s largest independent media conglomerate. A countless number of assets. Today, the Walt Disney Company is much more than a dancing mouse on a boat: it is a media monopoly of the entertainment produced for younger generations, a giant hiding behind the trust that we, as consumers, have been placing on it for almost a century.

No form of entertainment, however, is solely entertainment: there is always an implicit message, something to be taken from the story. Disney is no exception. This does not only apply to the company’s educational shows for young children, such as Mickey Mouse Clubhouse; it includes the totality of the content it produces. Through the way in which the relations between the characters, the context and the characters themselves are portrayed, Disney movies construct a system of values and ideas– and that is where the dangers of its monopoly lie.

The scope of Disney’s authority and power is not accidental; it is the direct product of its nature as a generational cultural phenomenon. The influence was born through its first animated feature film, ‘Snow White and the Seven Dwarfs’ (1937): acclaimed by children and parents alike, the movie started the association of the consumption of Disney media content with quality family time, of introducing children to Disney in a parent-approved environment. Given the young age at which this happens and the hierarchical construction of our family units, Disney, as anything else that bears the stamp of parental approval, will be carved into the child’s mind as ‘good enough’. What is more, the fact that Disney enters our lives at such early stages grants it a status of familiarity. Everyone knows what it is; everyone has watched Disney movies; its symbology and lexicon pervade all aspects of our daily lives. It is, effectively, always there.

The ideals depicted by the Disney industry (and thus, their opposites too) mirror the values on which conservative white Western society rested during the first part of the 20th century– and on which, sadly, it still rests to this day. Criticisms of images or beliefs played on by the company are not new: issues such as stereotypes and prejudice have been repeatedly pointed out. The systematic nature of these issues, however, has not. But it exists.

The racial makeup of most Disney movies and TV shows is probably the most evident sign of this Western-centric nature: with an overwhelming majority of white characters, the few racial exceptions that have been created have been precisely that, exceptions– for there is only one of each. Disney princesses are the most obvious case: there is one black princess, Tiana; one Chinese princess, Mulan; one Middle Eastern princess, Jasmine. But there are over six white ones. Even when other races are depicted, their features are white-washed to fit in with the Western (i.e., white Scandinavian) ideals of beauty. One has only to take a look at pictures of the different Disney princesses to see that all fit into the Barbie-doll-model: slim but slightly curvaceous, tall, long legs, slightly rounded faces (but not round), nose and lips that are not too big, etc.

This imposition of the western way of looking is not restricted to human characters. When animals are presented, the clothes that they wear, the houses they live in, everything about them, complies with the white-western look. Take Minnie Mouse: red polka-dot dress, bow on her head, make-up on her face and tiny heels, living in American-suburbs-style house and married to someone who’s very much a male version of herself. Even her voice is that of a white American woman. In fact, everything about Minnie mirrors a fulfillment of the expectations placed on women by conservative white values, and so is the case with every female Disney character. Through a consistent emphasis on their appearance, female characters embodying the ‘ideal woman’ appear to be ageless in a madonna-esque like fashion: not too young for the fantasies that they trigger to be inappropriate, not too old for their presence to be incapable of triggering those fantasies. Sexualized mainly through the drawing of attention to their figure (clothes tight around the waist, no or tight sleeves, etc.), their bodies objectively fit in the aforementioned beauty standards, even in the case of characters that supposedly don’t care about the way they look, like Merida from the movie ‘Brave’. The repeated element of naivety associated with characters is also a channel for their sexualization. Even when female characters are explicitly presented as smart, they are oblivious of something which the audience connects to common sense. In this system of values, women seem to be incapable of unparalleled knowledge.

As a whole, there is an underlying taste to Disney’s depiction of female characters that makes one feel that they all could play a fantasy within the male mind: no matter how ‘different’ they are depicted to be, how unconventional they come across as, they all fall within the acceptable parameters of femininity as defined by white western society.

The existence of a ‘negative other’ from which Disney’s embodied ideals seemingly try to escape is present in the company’s construction of antagonists. They’re consistently associated with more ‘ethnic’ characteristics – that is, with an exotic, non-white other. Through their race (as in the case of the ‘cannibal natives’ in the Pirates of the Caribbean franchise), their customs (like Doctor Facilier’s, a.k.a the Shadow Man, voodoo practices in ‘Princess and the Frog’), and their speech (like the use of Latino and African-American accents to voice the hyenas in ‘The Lion King’), the attributes employed are those of real communities.

This otherness is not limited to race: evil characters present LGBTQ behavioral and character qualities which are not observable in any of the ‘good’ main heroes of the stories. Jafar and Ursula are widely chosen and discussed examples.  However, no main characters, neither the ‘good’ ones nor the ‘bad’ ones, break the conformity with the heterosexual norm: the absolute lack of representation results in an erasure of the complexity of the LGBTQ identity, facilitating its link with superficial depictions of evil. The establishment of this close link overlaps with Disney’s association of evil with mental health problems. By coupling the two together and employing insulting qualifiers such as ‘mad’, ‘nutty’ and ‘crazy’, the company indirectly conveys that the two are inseparable, setting them apart from the rest (what is ‘normal’) and denigrating them.

It must be remembered, however, that this system of values was not invented by Disney: it was adopted by the company because it was already accepted and respected by the white western society (which is not to say that Walt Disney was a perfectly progressive, non-judgemental man; he was not). In order to become a parent-approved source of entertainment, the company had to comply with the beliefs of its real target audience– those of parents. But society has progressed since 1937. So, why does Disney still uphold these values?

Due to the ridiculous lack of real competition. As the central source of media content for children and young teenagers, Disney sets the rules and the standards of the game. The extent to which it follows societal progress, the topics and issues to be tackled, the inclusion of diversity, everything is up to the company to decide. Take ‘Finding Dory’, the sequel to ‘Finding Nemo’. In one of the scenes, when there’s a view of the outside areas of an aquarium, there is a lesbian couple with a stroller; they don’t really play a role in the plot, they (barely) speak. Yet the public reaction was overwhelmingly positive and overwhelmingly strong. The absence of an ‘other’ to which it can be compared means that the small steps towards progress taken by the company are applauded even when they don’t take their message as far as they could have taken it. Disney could have easily designed a lesbian princess by now. Or a character whose parents are a (gay) mixed-race couple. Anything that steps outside the norm of the white western standards not slightly, but bravely and blatantly.  It has chosen not to. At the end of the day, like any other big business, Disney benefits from the (capitalist) economic system we live in and ensures it stays alive; if supporting progress does not directly equate absolute profit, then supporting progress will not be the decision taken.

And here comes the question we, a society of consumers, have to ask ourselves: are we prepared to continue supporting a business which effectively reinforces the status quo? Or is it time to stop feeding our nostalgic memories of watching Disney movies while curling up next to mum and to admit that we need something better? 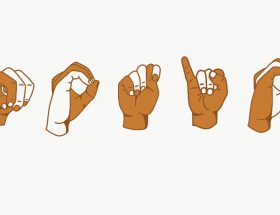 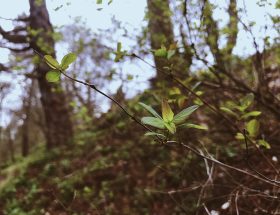