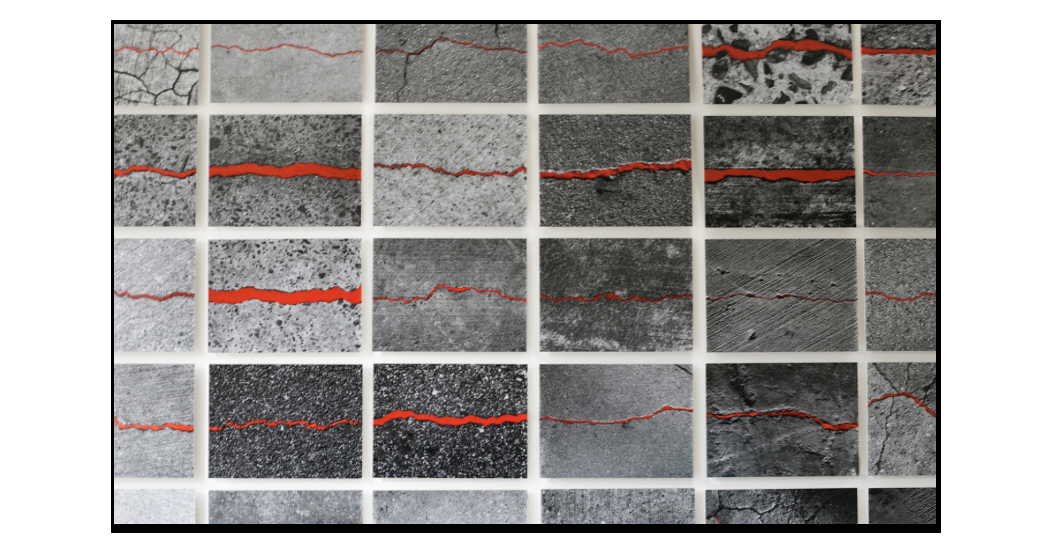 In a world that doesn’t allow a single second to go on unshared, awareness of global events and issues has gone from being widespread to being almost mandatory. Art, in its traditional fashion of reflecting social values, has over the last few decades undergone a radical transformation, giving birth to projects which seek to denounce situations of injustice while retaining their artistic nature and drawing the audience in. Molly Gochman’s Red Sand Project is part of this new generation of creations.

Its name is pretty self-explanatory. The Red Sand Project consists of getting people around the world to use red sand to construct differently sized installations. By getting people to fill in cracks in the ground (be it on the pavement, on the road, etc.) with the red ‘sand’ and then post a picture of it on social media under the hashtag #RedSandProject, Gochman hopes to catch the popular attention and channel it towards one specific issue: human trafficking.

The psychology behind the project’s design is much more complex than one might think at first. The choice of red for the color of the sand directly shakes our brains’ sense of urgency, telling us to pay attention to what is in front of us. For Gochman, who links it to the image of blood and the heart, it also symbolizes life– it is effectively a call to stop and focus on the human lives around us. The cracks embody a metaphor for a broken system, one whose underlying conditions don’t simply enable exploitation and trafficking, but actually lead to them. Given that one can find cracks everywhere, their use becomes a synonym of the fact that, until the global society undergoes a significant change, human trafficking can occur anywhere: the vulnerability of the American foster youth, to whom Gochman referred during our talk, is a heartbreaking yet perfect example. It may have been this conscious awareness of the extent to which anyone and everyone could be at risk at some point, that led to attention being paid even to the material used: the ‘sand’ is produced organically, ensuring that it doesn’t trigger any allergic reactions (including nuts) and that it is safe for children. It is hard to imagine a physical dimension to an art project that represents more accurately the progressive desire to simultaneously be socially aware, innovative and hip.

It is precisely these unspoken standards and expectations that make designing art to raise awareness in the 21st century not only hard, but also scary. For Gochman, the key first requirement is to take what life gives you: conversations in airports that put you in touch with curators or galleries, applying for projects which never occur and finding yourself working on something completely different… It is all about being prepared to see your ideas and beliefs be influenced and to ask yourself why one concept attracts you specifically. The final goal? To watch your artistic process grow and develop through the exploration of something that is aligned with your dreams and goals, with the interests that are inherent to your nature.

In Gochman’s case, it is issues affecting female health and security. While in college, her creations included sculptural graph representations of data issues by the UN of realities affecting female health globally, such as female genital mutilation, and inequalities in their different forms. While the Red Sand Project does not reflect how trafficking differently affects  males and females, Gochman points it out herself: cultural understandings of girls as being less valuable come together with education issues, resulting in forced marriages, prostitution and other phenomena which have led to females being the victims of trafficking in around 70% of the cases.

This harsh reality, and the fact that she herself is not a victim of trafficking, were the framework to the initial creative steps of the project. While she had already been involved with victims of trafficking via her work with some of the organizations that address the problem, the question of whether the artist should have a relationship with their work sparked doubts in her mind as to whether she had the right to embark on such project, whether she would offend the people she was trying to help in the first place. So she contacted survivors themselves. She was thanked. Gochman’s project was embraced by survivors as an opportunity to spread awareness while breaking away from the cycle that placed their identity at the center of the critique; by focusing on the environment, the feelings of guilt or shame triggered by the traumatic experience were shifted towards the real causes of the issue. In fact, a large number of them got packets of sand to be sent to them and directly engaged with the project. One, after carrying it out in the same place where she was trafficked and finding it somewhat emotionally healing, contacted other organizations. This might have been where the domino effect started: Gochman suddenly saw herself receiving countless orders of packets of sand. The Red Sand Project was growing.

As of today, over 310 000 packets of sand have been shipped to over 70 countries across the globe. It may be the overwhelming figure and the fact that she now partly relies on the assistance of technological processes (along with a human team) what has made Gochman question whether she still feels like an artist. Her down-to-earth character and the passion with which she talks about the project, however, leave no doubts: she is an artist, one with a powerful voice too.

It is therefore slightly surprising that she hasn’t directly dived into the social media universe. Claiming that she doesn’t fully understand it, Gochman doesn’t seem to be worried about the Red Sand Project going viral online, not even after actor Ashton Kutcher’s first posted picture of his daughter featured the project and its hashtag. She simply doesn’t believe it will happen. The idea of herself becoming a famous figure doesn’t seem to cross her mind either. What worries Gochman is the project in itself: it starting a deep conversation and bringing together a community, its message being understood and not misinterpreted. If it blowing up on social media unites people, she’s happy for it to happen. What matters is that the message is conveyed.

One of Gochman’s latest Red Sand Project installations recreated the shape of Mexico border, alluding to the migrant caravan that has for the past month made its way to the United States. It is her way of calling for arms to be open, for recognition of the risk at which migrants find themselves. This week, she’ll be in Scotland, giving a talk at a UNICEF event about her project and gender inequalities. What she will be doing in the coming years is for the future to tell us, but one thing is certain– she will continue to stand up for what she believes in by weaving her voice into her art.

[To learn more about Molly Gochman and her Red Sand Project visit https://redsandproject.org] 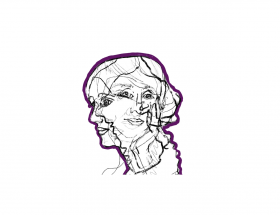 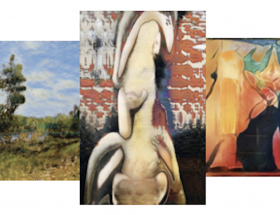 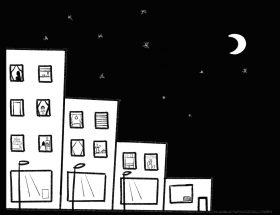