Home NOWBlack History Month: Its Growth throughout the Years

The history of the African-American people is one that is enriching, heartbreaking and commendable. It is celebrated each February in the United States and in Canada and every October in the Netherlands, Ireland and the United Kingdom. While its origins are heavily tied to the United States given the historical diaspora that occurred between the 16th and 19th centuries due to the transatlantic slave trade, other European countries have taken the initiative to commemorate the achievements and progress of the community of African descent.

The idea behind dedicating an entire month to Black History was first brought up by students and educators associated with Black United Students at Kent State University in Ohio in February of 1969. It was not until 1975 that it was nationally recognized in the United States by President Gerald Ford. In celebrating the history of the black community, he noted that it was the Americans’ opportunity to “honor the too-often neglected accomplishments of black Americans in every area of endeavor throughout our history.” So much had gone unnoticed until the 20th century where there was a great shift in the recognition of the African community as Americans.

In Europe, its establishment was first seen in the United Kingdom when it was first celebrated in 1987 in the city of London. The establishment was made possible through the organization of Akyaaba Addai-Sebo, who served on the Greater London Council, a governmental administrative body. In Ireland, its initiation was first seen in the city of Cork in 2010. African history in Ireland runs deep as the city of Cork was a “leading center of abolition” in the 19th century and supported and welcome numerous male and female-led anti-slavery societies. It even allowed for famous abolitionists like Charles Lenox Remond and Frederick Douglass to lecture throughout the city. Finally, while the origins of the Netherlands are unknown, it has been recorded that university students have come together to create groups that celebrate the diversity and history of black people.

While the recognition of the black community has been widely celebrated, its growth is still something quite controversial as it is believed by many that the integration of the black community should not have to be something that has to be celebrated one month per year: it should be integrated in all of history. It shouldn’t have to be something that is so distinct from all of history. Despite this controversy, the progress of black history has been immense.

Throughout the last few decades, more diversity has been seen in several different sectors of the education and job industry. More people with black descent or ancestry are seeking opportunities for higher education. With this, more people are entering the workforce. In the education field, more courses are being offered that focus and center their topics on African history and its development throughout the year. While the development of black history still has a long way, the efforts made from legendary figures in the past continue to be remembered. Today, its efforts have been recognized and been seen as intersectional. The Black Lives Matter movement is making more and more history with its progress and efforts to stop criminalizing black people. With more and more history unfolding each and every day, it is important to be mindful of the history that has been made and the history that is still to be made in the decades to come. 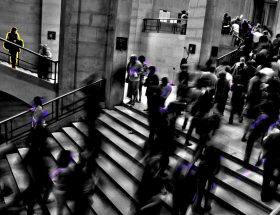 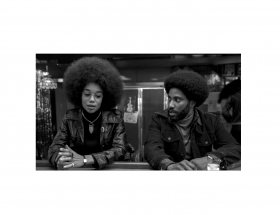 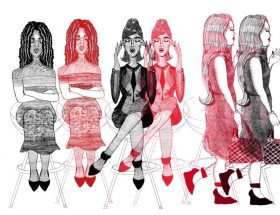