Dr Sonjah Niaah, the Director of the Institute of Caribbean Studies at the University of the West Indies dubbed the genre of dancehall as the ‘rude child’ of reggae. Dancehall essentially is the music of Jamaica’s disenfranchised; a self-referential sound which formed in the 1980s, as reggae producers replaced bands with electronic beats. The genre’s most respected artists have always deftly addressed conditions in Jamaica’s ghettoes, whilst celebrating money, sexual prowess and, often, violence. Spice, the leading female artist of dancehall at the moment, described the difference between reggae and dancehall:

“If a reggae artist is gonna do a song about youths and guns and whatever, they’re gonna say, ‘Don’t take up the guns, it’s not good for you, whatever whatever. But if a dancehall artist is gonna do it, their gonna say: Don’t make mi take up mi gun, or I’ll shoot ya and kill ya.”

Yet this gangster image of some of the artists often extends beyond the music. Jamaica’s struggles with poverty and crime are a result of British colonial rule and slavery; the country was left with little support when abandoned by Western powers that maintained the economy. As a result, poor communities looked to successful musicians for leadership and financial assistance, which essentially led to these artists becoming area leaders: once you reach a certain level of reverence, the lines between artist and the everyday bad man persona can become blurred.

This can clearly be seen in the bitterest of dancehall rivalries: the rivalry between the artists Vybz Kartel and Mavado, also known as the Gully-Gaza war in the late 2000s. Things took a turn for the worst after the musical rivalry spilled over into the streets and a bitter feud, erupting between gangs from the communities in Kingston, resulted in several shootings and injuries. The violence prompted the intervention of Prime Minister Bruce Golding and high ranking members of the constabulary who warned both men to end the fighting or face the consequences, even having to call for a meeting with both artists to broker a truce. The power exerted by largely successful artists is both awe-inspiring and alarming, especially when the law becomes involved. Seven years after the truce, Vybz Kartel landed in jail with charges of murder, yet is still releasing music in prison, and is still hailed as a dancehall king.

2019 is shaping up to be an interesting year for the genre of dancehall: the attorneys of Vybz Kartel are confident his release from jail is pending. The year also has begun with old school dancehall legend Buju Banton embarking on his Long Walk to Freedom Tour last month after being released from eight years of incarceration. With the possibility of two legends of the genre re-emerging onto the scene, the question of how they will assimilate back into the game arises. Spice also commented on her excitement about what might accompany Banton’s return:

“It is extremely significant to the genre because his music uplifts our roots and culture. His first concert in Jamaica will prove that.”

With Buju Banton now released, and with Kartel’s release said to be pending, will the return of familiar faces to the scene impact the direction of the genre which is now penetrating the popular mainstream? How will the artists assimilate back in; will the gangster personas live on? Time shall tell what effect the re-emergence of these artists will have on the expanding and influential genre. 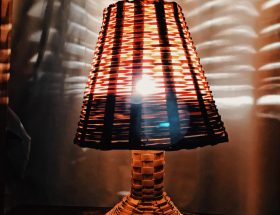 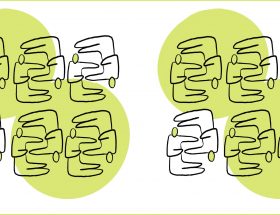 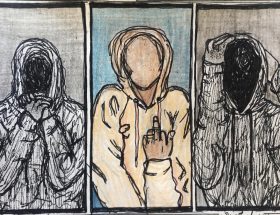