Russell T. Davies’ latest show is a warm but fascinating exploration of dystopian catastrophes with a truly underwhelming final scene. As ‘Years and Years’ draws to a close, the audience is treated to a rather excessive set up of close up shots of BAFTA award winner Jessica Hynes in a stylistically-odd-enough-to-be-from-the-future purple gown. Her character, you see, is going over her memories with a (surprisingly small) group of experts, preparing to enter the immortal realm (as represented by a tower of bubbly water) by transferring her personhood into a digital database.

Whilst the scene represents a somewhat emotionally disappointing ending to an otherwise remarkably brilliant series (and a reminder that the limited series format can work perfectly fine, despite a certain seaside-soccer-mom show’s insistence to the contrary) its depiction of some form of immortality as only decades away is hardly farfetched. From optimistic futurologists predicting a ‘transhuman’ merging like that of Hynes’ character, to the nanotechnological vision of Google’s director of engineering, there appears to be a growing consensus among technological elites that immortality is within our generation’s reach.

That should scare you.

And not just for the standard philosophical questions. Evidently, the prospect of immortality brings the whole existentialist life-is-devoid-of-meaning angle to brand new level. Are we supposed to simply exist forever? How could anyone find meaning in an eternal consciousness if we already struggle to fill our very limited timeframes with moving distractions? Is better to cease to exist or exist meaninglessly? And, most vitally, how on earth are libraries going to keep up with the sudden spike in demand for L’Étranger? But beyond those fascinating interrogatives lie pressing questions on how an immortal society rules itself. Highlander Politics, if you will.

There are practical matters, evidently. For one, even if one assumes that society survives successfully to the upcoming climate catastrophe (note to self- the fact that I’ve had to simply assume our general survival in several of my latest articles makes me slightly nauseous) the presence of immortality could potentially render Malthusian theories of population growth leading to massive food shortages pertinent once more. Aside from making a whole chapter of my economics syllabus finally relevant, the potential implication of an exponentially growing population due to a drastic fall in death rates is immense.

Whilst models that envision population growth halting by 2050 due to falling birthrates in developing areas already struggle to see how our current levels of consumption could be managed, they could become simply inaccessible under immortality.

And yet that could be among the most optimistic outcomes. For if we envision a future where immortality is limited to a select few, a wealthy elite, the political impact of the concept grows immensely. For one, it could drastically shift current trends in international politics, the generational relay whereby richer western countries are being replaced as economic and political centres due to their ageing population. Imagine a European Union which, thanks to its high average income, saw wide use of immortality-inducing technologies, potentially allowing it to catch up demographically with its emerging rivals. If immortals where capable of being economically productive we could even witness the rebirth of former powerhouses like Japan. The unequal distribution of immortality would be even more noticeable on the social level, leading to rigid elites with abundant plutocratic power. With no death, no generational renewal to breakdown dynasties through ineptitude and inheritance-related brawls, we could face a literally eternal version of the Koch family or the Rockefeller clan.

Immortality could have devastating effects on liberal democracy as we currently know it.

Aside from the eternal plutocrats mentioned above (who would undoubtedly accumulate wealth more efficiently, meaning a vaster pool of resources to influence the political system), democracies would suffer from their inability to change their electorate. New generations have historically heralded change, social liberalism, renewal. With immortal voters, the ‘youth’ share of the vote would inevitably decline exponentially, leading to increasingly reactionary decision making. Worrying societal attitudes (think racism, homophobia, sexism) have been, if not phased out, moderated by, to put it bluntly, the death of many who heralded them. If democracies would take a toll for their inability to renovate themselves, authoritarianism, which is strengthened by stability in its power structure, could be boosted massively, the concept of ‘leader for life’ gaining a whole new meaning. Even Spain, my own country, could quite possibly still be semi-fascist dictatorship if it wasn’t for the convenient, heirless death of Francisco Franco.

The questions surrounding immortality are, funnily enough, virtually infinite. To the risk of offering the reader a closing as disappointing as the one Russell T. Davies gave me, we simply don’t know enough about what immortality will look like to gauge its socioeconomic impact. For all we know, Silicon Valley could be incredibly delusional, and a century from now people will keep dying at a nice and regular pace, just like today.

But if we truly are approaching such an era-defining event, a turning point in human history (can you have ‘human history’ if none ever dies?) it is worth starting to analyse its potential side effects- good and bad. 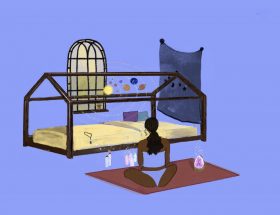 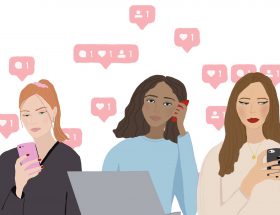 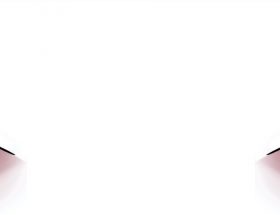