Home ISSUESGALDERAThe Distinction Between Official and Credible: Evaluating the High Office of Honduras

The release of court documents in recent months reveals that Honduran President Juan Orlando Hernández has been the focus of a 2015 international drug trafficking and money laundering investigation conducted by the US Drug Enforcement Administration. The targeting of President Hernández in the investigation reopens criticism of the nation’s president and renews larger questions of the relationship between trust and corruption of the office. Specifically, the investigation offers insight into the dynamic role of the nation’s highest office- from which information must be critically evaluated.

The Honduran executive branch has continually been critiqued and characterized by networks of patronage, nepotism, and corruption. Recently unsealed documents from New York’s Southern District federal court identifies President Hernández among nine other Honduran officials as the target of the 2015 investigation for “large scale drug-trafficking and money laundering activities related to the importation of cocaine into the United States.” According to the unsealed report, the president acknowledged that the National Party (NP) and his presidential campaigns received fraudulent checks totaling  US$150,000. In a separate investigation, it has been revealed that the most powerful drug trafficking organization in the country (Los Cachiros) bribed the country’s former president and has initiated communication with the present government

In addition to this new information, which was made public on May 2019, President Hernández is further mentioned in unsealed court documents from the trial of Fabio Lobo, the son of the former president of Honduras. Both the president and his brother are identified as working to facilitate the transport of drugs in the 54-page transcript. The documents reveal how deeply entrenched the problems of drug trafficking are among local and national officials in Honduras. Because of these circumstances, it would be difficult for President Hernández to fully deny any knowledge of the acts.

Responding to the publicized information, the Honduran government released a statement in which the office of the executive states that there is “no indication of charges” towards the president, highlighting instead the Honduran’s “strong relationship with the US.” It is, however, important to reiterate that each of these newly unsealed documents identifies the president by name as involved in communication and illicit activities, even if he is yet to be charged. Further undermining the statement, it is evident that the “strong US-Honduran relationship” is a misrepresentation from a quotation regarding a past violent anti-government protest which impacted the US Embassy in the capital of Tegucigalpa.

In light of these released papers, it is difficult to deny that the president is in some manner implicated in large scale drug trafficking and money laundering activities, although the extent remains in question. However, these revelations have serious ramifications for the quickly deteriorating trust between the Honduran government, its citizens, and the international community. The statement released by the Honduran government reveals that what is stated by a nation’s executive office must be critiqued in light of the available evidence, understanding that such statements may not withstand scrutiny. In this regard, a distinction must be made between that which is taken as official- from a nation’s executive office- and that which is taken as credible. Through this process, the intent is not to impute presidential actions, but to illuminate a series of ongoing events.

However, the case of President Juan Orlando Hernández is not unprecedented. Alongside this unfolding chronicle is the growing skepticism of media and government-issued statements internationally.  President Juan Orlando Hernández all too distinctly recalls the ever-dominating headlines of US President Donald Trump, who is continually critiqued and questioned for the legitimacy and reliability of his own information, principally delivered through Twitter. Just as executive officials are held to high regard, so too must their information and accusations be subjected to a high level of critical review, recalling that that which is official can not be mistaken for that which is credible. 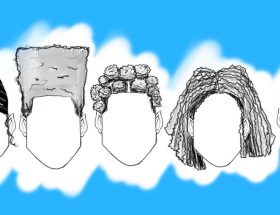 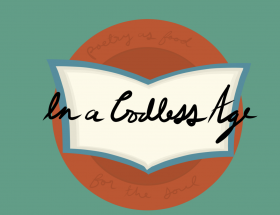 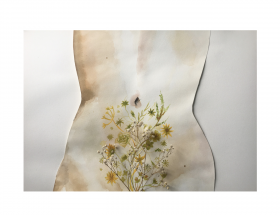