Home ISSUESRAREZAOverpopulation Is An Environmental Issue. Why Aren’t We Talking About It As One?

Overpopulation can be a national and international issue. It simply means that a population has grown so large that it begins to suffer as a result, exceeding the capacity of the area. Overpopulation is one of many environmental problems causing climate change and damaging the planet. Overpopulation, in fact, is accelerating many of the more widely discussed climate problems such as deforestation and global warming. And yet, it does not seem to be as big a part of the conversation about climate change as other environmental concerns.

Overpopulation causes increased deforestation, eutrophication and global warming. 80% of deforestation is due to the agricultural industry. This industry is so expansive because it is feeding our world’s ever-increasing population. Agriculture is increasingly relying on mechanization, pesticides and chemical fertilizers in order to increase yield–, all of them are damaging to our environment through soil erosion and eutrophication. The primary environmental issue associated with the agriculture industry, deforestation, has a major impact on our planet’s ability to regulate carbon dioxide levels, and is exasperating the greenhouse gas problem. The damage it causes to ecosystems, to the flora and fauna found in rainforests, is pushing many animal and plant species to extinction.

Naturally, the larger the population grows, the more food and wood is needed, at the cost of the natural world. Eutrophication, which affects our planet’s oceans and marine life, has led to ‘dead zones’ of water which currently make up an area that is six times the size of Switzerland. Excessive nutrients in the water cause dense growth of plant life which eats up the oxygen in the water, killing marine life. Eutrophication is caused by industry and sewage disposal, and the amount of water affected by this problem is increasing as our population needs more to be produced from industry, and equally produces more sewage to be disposed of.

Global warming is yet another deeply damaging environmental problem that is clearly linked to overpopulation. Deforestation contributes to global warming – in burning forests, deforestation is responsible for 25% of greenhouse gases. Another significant factor is the agricultural industry, and cattle in particular. The methane produced by cows has much more of a warming effect than carbon dioxide and currently, the gases produced by farming cattle make up roughly 8% of US and Canadian emissions. Agriculture leads to deforestation, and the two combined are damaging our planet a shocking amount. The growing population is in need of more food than ever before, and therefore the greenhouse gases being emitted must increase as the industry accommodates the demand. Overpopulation is a great environmental problem, and it must be discussed as such. The industrial economies of the first world, which are most damaging to the environment, are seen as aspirational to developing countries.

We are scared of discussing overpopulation for various reasons. We associate this with the disastrous ‘one-child policy’ of China which caused horrifying female infanticide and is associated with a totalitarian regime. We are terrified that a fight against overpopulation would mean having our right to reproduce taken away. Attempts to curb population growth in this more obvious, straightforward sense prove to be inhumane and result in deeply sexist practices. Often, we do not want to admit that by participating in the culture of a ‘nuclear family’ we are adding to the problem. More and more people are willingly giving up meat and dairy to save the planet, reducing emissions by driving and flying less, and yet very few people appear willing to sacrifice having children. And a conversation about overpopulation would seem to end in the conclusion that to save our planet, we must do exactly that.

There is an alternative strand of thinking, however, one supported by evidence.

The population is growing, but the rate of growth has slowed in recent years. And there is enough evidence to support that female education has played a large role in that. Sending women to school, educating them on birth control and aiming for a higher standard of equality at home and in the workplace has been proven to reduce the number of births significantly. A higher level of education for women leads to a higher earning possibility, which makes sacrificing that career and that money for children far less appealing. Education on birth control should be a given, yet it is still a battle we must continue to fight. A higher level of education gives women a greater understanding of sex, and therefore birth control, and easy access to contraceptives must accompany this. A more highly educated woman  is more capable of raising her children, and therefore her children in economic terms will have a higher ‘value of human capital’, which reduces the need to have more children. This means the children of well-educated mothers are more likely and able to go on to become well-educated and well-employed themselves, capable of providing for themselves and others. There is an ongoing push for better female education in both ‘first world’ and developing countries in the name of equality, and in the hopes that it will improve the economies of said countries (as it invariably does). This is having a positive effect on population sizes, that is that population growth is slowing. This push must continue, and the environment can be added to the number of reasons that female empowerment is not just a positive change, but a necessary one.

If you enjoyed reading this article, check out Olivia Cuevas’ ‘Children or No Children– A Question We Really Shouldn’t be Asking Ourselves’, a very insightful take on the same topic
https://brizomagazine.com/2019/07/22/children-or-no-children-a-question-we-really-shouldnt-be-asking-ourselves/ 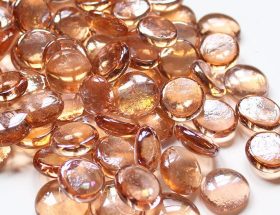 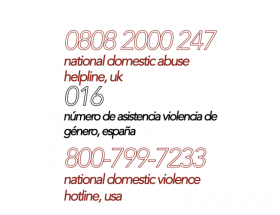 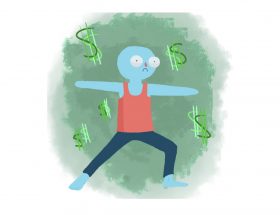