Home NOWHow Can I Be Anti-Racist?

America, the black community, and humanity as a whole has suffered a number of great losses. The murders of George Floyd, Tony McDade, Breonna Taylor, and Ahmaud Arbery are among the most recent of a tragic and fatal trend of racist police officers using their positions of power to commit horrifying acts of racially charged violence against innocent members of the black community. These names have been said thousands of times: on social media; in protests and on the news, but their stories are part of an ongoing narrative – one in which the ‘crime’ of being black in America carries a greater punishment than being a  white mass shooter, a white terrorist, a white rapist, a white murderer.

The justifications for these killings are all based on the suspicions of racist white people – George Floyd was falsely accused of using a fake $20 bill in a shop; Breonna Taylor’s house was wrongly invaded in a search for a suspect who was already in custody; Ahmaud Arbery was suspected of being a burglar by a pair of white men (one an ex-cop) while he was going for a run. In all of these cases, white police officers played the role of judge, jury and executioner. In none were the victims guilty of anything other than fitting their murderers’ racist image of a criminal.

Had these victims been guilty of burglary, of theft, of counterfeiting or of drug dealing, their deaths would still be a tragedy. There is no situation in which murder is an acceptable response to these crimes, in which they were deserving of such brutal deaths. Attempts to smear their names naturally followed the news of their deaths, as if finding a mugshot of the deceased is any sort of defence for the killer.

Most people I follow on social media, or speak to in day to day life, will have read about some or all of these tragic murders. Most of my social media feeds are filled with petitions, images of the riots currently occurring across America, and important conversations about what we can do to help as non-black and/or non-American. This trend has been wonderful to see, and is a significant step above the usual more superficial posting. It has made me proud to know the people I know, proud that I am surrounded by people who see racism as a crime against humanity rather than just against the victims.

I have spent a long time thinking about what I can do. Perhaps I shouldn’t be writing an article about my personal take on the situation when there are so many unheard voices, voices that understand the complexities of the situation better or are more well-informed and more directly affected.

An important quote that has been circling the internet is from Angela Davis: ‘in a racist society, it is not enough to be non-racist, we must be antiracist.’ We do this by speaking up: on social media, with family and friends, writing articles and creating art, joining protests and signing petitions. But we also do this by remaining humble and accepting that though we may be ‘antiracist’, we are not perfect.  We will misstep and say something offensive or incorrect, and we will be corrected. We may feel so strongly about the issue that we desperately try to maintain that we are ‘antiracist’, at the risk of not accepting our mistakes,defending the words which need to be criticised. We need to remain open to learning, and we need to acknowledge our privilege constantly. Martin Luther King Jr’s words have never been more important:

‘I have almost reached the regrettable conclusion that the Negro’s great stumbling block in his stride toward freedom is not the White Citizen’s Councilor or the Ku Klux Klanner, but the white moderate, who is more devoted to ‘order’ than to justice; who prefers a negative peace which is the absence of tension to a positive peace which is the presence of justice.’

In an increasingly engaged society, perhaps it is important too to consider how can we maintain this momentum, this unabashed disgust? How do we avoid forgetting injustices and returning to our everyday lives with less anger and indignation? To put it simply, we must maintain a conversation – with those around you and with yourself. We must continue to follow the social media accounts of activists like Munroe Bergdorf and Rachel Cargle and remain critically engaged with the discourses surrounding racism in this society rather than unfollowing these accounts in two weeks’ time and retiring from the conversation once the initial outrage has died down.

Read Toni Morrison’s Beloved, a book about slavery and pain and so much more. Read Morrison’s The Bluest Eye, which explores growing up as a young black girl in a world that exalts white beauty above all other beauty. Read Alice Walker’s The Color Purple, a book concerned with the lives of black women living in a world full of violence and sexual abuse and racism. To Kill a Mockingbird is a wonderful book, but it is written by a white woman and the hero is a white man. Read instead Maya Angelou’s writing. Read Roxane Gay’s writing. Learn about the experiences of black women from black women themselves. Read Americanah by Chimamanda Ngozi Adichie, a book which explores modern attitudes to race. Read An American Marriage by Tayari Jones, a book about a racially motivated miscarriage of justice. If you enjoy poetry, read Claudia Rankine’s poetry collection Citizen, and her work The Racial Imaginary in which she explores the white fallacy of universality as an aesthetic goal and the idea that writing about race automatically marginalises writing despite this being central to the reality of being a minority.

Watch Dear White People, a fast-paced, funny drama on Netflix that explores social injustice, cultural bias and many societal problems from the perspectives of a wide range of characters. Watch Moonlight, watch Do the Right Thing, watch Atlanta. Watch When They See Us, a dramatization of the unbearably tragic, painfully unjust story of the Central Park Five, a group of teenage black boys who were wrongfully imprisoned for the rape of a white woman, despite there being no substantial evidence connecting them to the crime. Watch 13th, a Netflix documentary exploring the racial inequality of the American justice system. If you watched Green Book, the 2019 Oscar winner for Best Picture, watch Spike Lee’s BlacKkKlansman, or  If Beale Street Could Talk: the former is directed by a white man and features a white hero saving a black man, perpetuating the white savior complex of Hollywood. The latter was at the same Oscar ceremony as Green Book, and is as critically acclaimed but is directed by Barry Jenkins, a black man from south Florida, and follows the struggle of a black couple who have been the victim of racism within the justice system of America.

This is by no means a comprehensive list, but rather is a collection of works that I personally have found educational, provocative and important in my ongoing effort to be ‘antiracist’.

If you appreciate black music, learn about its origins. Read about dancehall, drill and house music and appreciate the many genres which have originated largely in black culture. Enjoy black music, but take it as part of a whole: learn about black history, black culture and the current struggle to be black in a society that won’t stop killing black people.
I have just ordered Why I am No Longer Talking to White People About Race by the black, British, female author Reni Eddo-Lodge and So You Want to Talk About Race by Ijeoma Oluo, another black female. I identify their race and gender because it is important. It is important to read books by people who don’t look like you or sound like you and who see the world in a different way. I have looked at my bookshelf and realized that, whilst I have more female writers than male writers, I have very few black writers. I have tasked myself with amending this, with opening my eyes to the countless important black voices that are speaking to us.

I have been trying to read more about the wider problem surrounding these individual deaths, and trying to understand the justification for the statement ‘all cops are bad cops’. Police officers seem to be participating in a racist, broken justice system and are therefore complicit in systematic racism. They are perpetuating a power that allows white supremacy and racist violence to thrive. The statement ‘all cops are bad cops’ is not denying that good people can become police officers. Rather it is pointing out the fundamental problem with the police force, that it is a body riddled with the disease of racism. I will continue to read, listen and educate myself further. I will continue to seek out the unheard voices, the people who are involuntary experts in carrying the burden of living in a society that oppresses and persecutes and murders their race.

‘The beauty of anti-racism is that you don’t have to pretend to be free of racism to be an anti-racist. Anti-racism is the commitment to fight racism wherever you find it, including in yourself. And that’s the only way forward.’ Ijeoma Oluo

This isn’t an important piece to read. I would rather you read something by someone more informed, someone whose voice needs to be heard, someone who is not non-black and privileged and not the victim of racial prejudice. But I am writing this as part of the conversation that we all must have, that must be ongoing and universal. I will continue to learn, reflect on criticism and educate myself further. The conversation is happening now and we must all be a part of it. 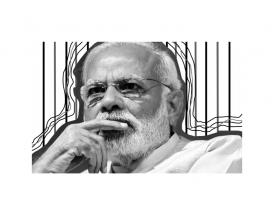 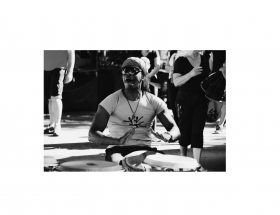