Following my grandfather’s death, my mother kept several of his jackets and sweaters lodged away in the deeper part of her closet. She put them on hangers in a separate section from where she kept her own clothes. His passing had been especially heavy on her, and try as she did to be strong for my sister and I, her grief was not as concealable as she might have wished. I recall her holding his clothing close to her, and myself wandering into her closet at age thirteen looking to see if it smelled like his cologne at all. My mother was holding onto a part of him however she could, and all I wanted was to feel like he was still alive, because when I wandered into the closet to smell his Yankees jacket it was like he was.

There came a point in time where we’d all done the same so much that it no longer smelled like him, and that was something I grieved myself separately. I felt his leaving twice, as if he was gone for the second time, as though I had lost my capacity to vividly experience the past as once could through the pleasant combined scent of cologne and my grandparents’ home. My pleasant memories of sitting on a white couch, hearing my grandfather talk about his childhood in the States, telling me about his Polish immigrant grandmother, the beauty of the Midwestern countryside…

The vivid emotions of my life with my grandfather slipped as his scent slipped from my fingers, and for the large part he lives in a part of my memory I recall fondly but can hardly relive no matter how hard I search for them. The scent on his clothes was so powerful, its absence left a gaping hole in my stomach. I assume one usually feels this when the first person you know to die leaves your life. Those remnants were a little bit of magic for myself as much as they were to my mother and my sister.

The brain’s anatomy apparently makes it so that smells and memory are very closely linked. The brain handles scent in the olfactory bulb, which sends information to the limbic system, where the amygdala and hippocampus are, areas related to emotion and memory. This information reaches the area quickly, which explains the instantaneous and powerful nature of scent that is in itself quite stunning an occurrence.

One of the most stupefying experiences of everyday life is the moment where you happen to be minding your own business and a smell wafts its way into your brain and reminds you of something that happened years ago. Usually it’s a memory you have not called upon in a very long time, something stored away in the back shelf of a massive library of moments collected over time- something that could really be anything. In my case, the memories tend to be rather strong, hard-hitting, the kind that take the air out of you and require a second to sit down and sift through the details of the past. Now, these memories can range from moments of pure ecstasy to moments of absolute pain to moments you haven’t been ready to talk about and haven’t been able to process because of their sheer weight.

What hits the strongest about these memories, however, is not the mental picture that flashes into your brain momentarily in a general moment of remembrance- it is the emotions that came with that mental picture felt in full. Nothing makes you feel an emotion long forgotten like the scent that creeped up on you when you least expected it. It feels like your body and consciousness are fully transported to another time and place, like an astral projection out of the now into the past you have such little control over that it shakes your very perception of reality.

It was not just my grandfather’s yellow jumper that has been able to have that kind of effect on me. The scent of freshly cut grass reminds me of a sharp, cool morning at 7 am where I trudged, exhausted into school for years. Heavy smoke and the smell of cooking meat place me directly in a taquería on a Sunday afternoon. Red wine, cigarettes, and cologne smell like late night conversations during warm summer nights, my head on someone’s lap, laying on a couch in a student apartment at 3 am. The scent of dirt, commotion, and car exhaust smells like the streets of Mexico City when I rolled down the window in the back of the car during a lengthy road trip. Dead flowers and rain set me in the middle of the beginning of a grey Mexican summer upon the ending of a jovial spring of purple and pink. Mediterranean flora feels like the sun tickling my face during joyous summers spent lounging about in Tuscany and the Spanish countryside.

I feel at home in my memory, but I feel for a second so thrown out of the fabric of sequential time that I happen to exist in many places at once. It feels like a cubist picture, a fragmented set of versions of me, and scents that catch me off guard almost make me feel them all at once. 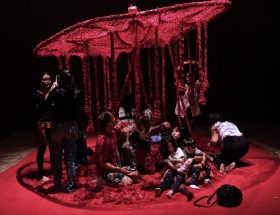 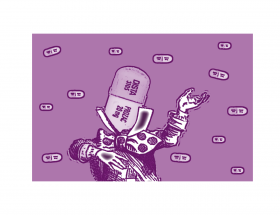 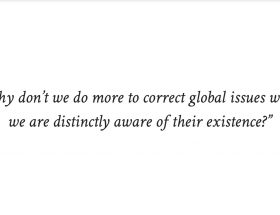