The room is dark, only voices can be heard. A string tied to my belly, being pulled from both sides. The insides of my stomach clenching, tense. I try to take deep breaths, an attempt to calm my racing mind and heart down. In and out, in and out. I’m still gasping for air. On one side, the burning city, I see crying grimaces through the fire. At first they’re unknown, a crowd of the elderly, a crowd of the young, a crowd of children, but slowly they  transform into familiar faces. Is this an illusion or has the fire reached home? On the other side lies the deafening bubble of silence, calling for me. Silence seems to be an escape from the chaos. A moment of calm. But things are not always as they seem. It’s as if I am being ripped into two.

I recognise my position of privilege, being safe in what was a burning city. Burning, not just figuratively, but literally. As crematoriums ran out of space, rows and rows of people lined up outside waiting with the bodies of their dead ones. Waiting, waiting, endlessly waiting. In parking lots, in open grounds, all attempting to give their departed ones an ‘honourable’ send-off. For others, with no families, only mass cremations, abandonment, or a worse fate followed. The official government statistics still reported about 3000 deaths per day at the highest peak.

I do agree that we were lucky. In this burning city, plagued with disease, death, and zero accountability.

But can you believe the degree of the crisis if the metric for judging pain is closely escaping death?

What has this year done to the way we experience loss?

Rituals of death vary across the world, in different cultures, regions, countries and for different people. But a common thread that joins these rituals is that they often facilitate the process of coping with the loss, of letting go, of coming to terms with what has passed. In the many virtual prayer meetings I attended throughout the year, despite the beautiful words that were spoken by loved ones, the aching sense of increased loss due to  the melancholic interruption of the process of grief was more than apparent. We tried to be together, despite the circumstances, but at the end of the day we were just boxes on a screen that could vanish at any time. We were boxes on a screen, with lagging videos, voices cutting out, ghosts at the mercy of technology. The comfort of a hug, an arm around the shoulders, the feeling of another set of fingertips on the back, all missed. Looking back, a sense of warmth rushes through the body when it is touched, even if only for a short moment in time. When there is that physical connection, no words are needed. A tight embrace can say more than an entire obituary.

I stopped watching the news on TV, because I could hear it everywhere around me. I shut my phone away, because it was all over every page I scrolled through, engulfing my existence. I lay on the couch in the afternoon and stared at the ceiling, watching the fan go round and round, until I felt dizzy. The evening light streamed through the curtains onto my face, the silence broken only by birdsong. For a moment this felt good, not thinking about the chaos outside, about the people who have died, about why I survived. But the bubble burst eventually, as it always does. To comfort myself I read the words of Agha Shahid Ali, another irony.

If I stand at the right spot, on the left side of my bedroom window and reach up on the tips of my toes, I can see the main road. Most days now, though, I don’t have to go through that effort, because even from a distance, the siren of an ambulance sounds loud, day and night. It’s constant.

Does the inability to cope with the overwhelming presence of death around you make you weak because other people have it worse?

What does coping even mean? Can the magnitude of grief be quantified? Does it really depend upon the strength of your relationship with the departed one, or is it about who you are in the face of loss? I read academic essays about mourning, Freud, Crimp and Butler, all define it in their own way. I’m taking a class at University about the AIDS epidemic. I write about the value of life, the precariousness of who matters and who doesn’t. Sometimes this is morbid, and I feel like there is a stone stuck in my throat. I have no words, I can’t vocalise this experience. But, words are all that are available to me at this time.

Someone told me, ‘what is grief if not love expanding.’ Someone else claimed that ‘grief is love with no place to go,’ I wonder if that is cliché? But the more I think about it, the thought becomes achingly familiar A feeling I had not known except living vicariously through others until recently now rests inside of me.

Are we all just loving more when we are grieving? Is this just mountains and mountains of painful, brutal love?

That clenching in my chest has become just slightly softer. But its presence can be felt like a knot inside of me. I’ve been told that all expressions of pain are valid, that suffering is hard to quantify, but I don’t know if I will truly ever accept this. Feelings oscillate, from one end to another, changing sometimes swiftly, sometimes slowly,  back and forth. Nothing is permanent, and at some point this will pass.

I tell myself this, every day, and it seems to get me through. The words act like a reassuring, familiar veil of warmth. They’re still not the same as an embrace, but when I repeat them over and over again, they get as close as words can, to one. 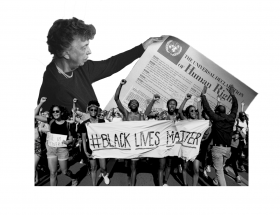 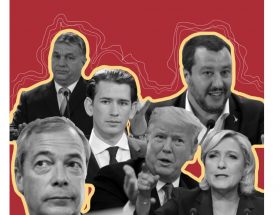