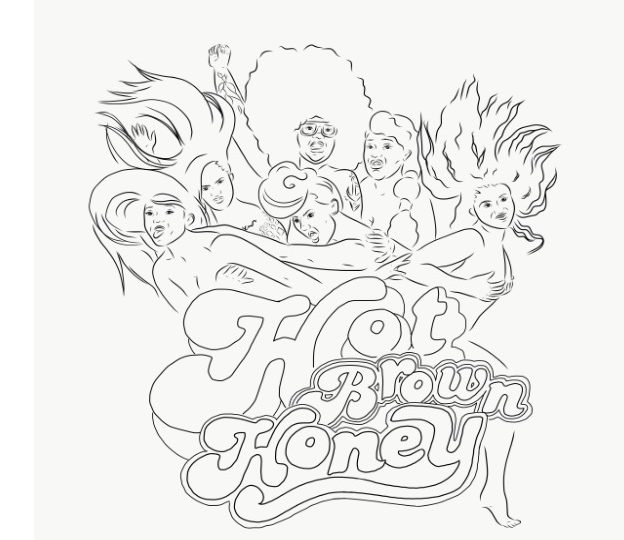 Dear Busty, Lisa and all the other incredible Hot Brown Honeys,

My name is Krispy and I write for an international online publication called BRIZO Magazine. We are a magazine that aims to be intellectual and professional while still maintaining a fairly laid back and artistic spirit.

I am writing to you because I think you are perfect candidates for this kind of artistic and social discussion.  By all accounts from the Edinburgh Fringe Festival, your show is a theatrical and visual feast that is making waves and starting conversations all over the world about how women of colour are perceived in theatre and pop culture.

I guess it could be most aptly described as a cabaret spliced with political commentary. Sometimes satirical, sometimes sobering, the acts range from Lisa Fa’alafi’s reverse strip tease that shatters the highly sexualised ‘island girl’ stereotype, to Crystal Stacey’s aerial silks routine that tells a story of domestic abuse, to Ofa Fotu’s soulful rendition of ‘It’s a Man’s World’ performed in a gollywog doll costume. The cast comes from a diverse variety of cultures, including Maori, Aboriginal & Torres Strait Islander, Samoan, Tongan, Indonesian and South African but their aim is common: to de-bunk prevailing misconceptions and create a space for these ‘brown’ women to represent themselves authentically.

While reception has been favourable by all accounts, there is a bittersweetness in this triumph. For how long have women of colour, or indeed all women, fought to make their side of the story heard?

But from the stage to the street, we of colour are perceived as the ‘other’. We are all crammed in a box with the broad, blasé ‘brown’ label. The parts that fit it the box are cherry picked and the rest eclipsed.

In my case, with a name like Krishna Patel and a caramel latte kind of complexion, people have a pretty hard time believing that I’m a true Aussie. Although, somehow it would make total sense if I was a vanilla milkshake with a surfer bod. I am a huge believer that identity is steeped in your culture and your beliefs rather than your race. While I’m proud of my Indian heritage it does not represent my character any more than my Australian upbringing.

It’s as if I can’t be a ‘real’ Aussie just because parts of me come from India- and even my Indian-ness is eclipsed in the face of ignorance and convenience. After delivering a solid roast on cultural appropriation I suddenly became the school’s sassy brown girl. Verbatim, Indian girls can be ‘nerdy’ or ‘demure’ or ‘exotic’, but ‘brown’ girls are fierce.

In theatre, being brown means representing and appropriating other cultures. It’s quite funny really; the fact that I’m not ‘really from’ Africa or the West Indies or even indigenous to Australia didn’t matter when it comes to casting in theatre. Until university, I’d always played the sassy brown woman, the slave, the maid, the ugly best friend. I remember almost giving up on my dream of performing when my high school drama teacher told me I should audition for the minor male servant character because she envisioned him as Indian.

So, what has Hot Brown Honey done to make their voices heard? After years of women searching for a way to break the mould – what has changed? I’d like to think that it’s because audiences are more aware and willing to listen. Perhaps the pull of the cultural commentary appeals to the ‘woke’ members of today’s society who are keen to politically align themselves correctly?

As much as I’d like to credit these paradigms, I suspect that the real reason is far more ironic. One simply has to look at their promotional posters to see what sells. It’s not the authentic stories of women from diverse backgrounds. It’s not the unique and stunning talents that you each have. It’s not even the comedic pull of satire that is woven throughout the show. People come to see a show about sassy brown women.

Dare I say it? You lure audiences in with the very expectations that you shatter. People come to laugh and enjoy the stereotypes that have propagated by years of pop-cultural appropriation. But it’s the message that the audience leaves with that makes this piece of theatre truly revolutionary. It seems that to win the prize you still have to play the game; to reclaim the label you must first exploit it.

One hopes that one day this may change and we brown women will be able to slip into any mould with the same ease as our white-skinned sisters. Breaking moulds can become rather tiring when you’ve been hacking away for years. But at last, we have made a good crack in that glass ceiling.

So, I implore to keep doing what you’re doing – you are iconic. 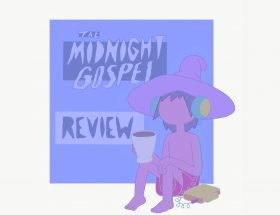 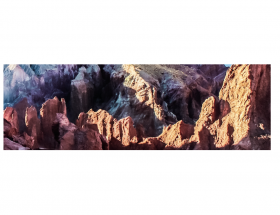