[Editors’ note: BRIZO Magazine is aware that the Kavanaugh hearings and the nomination process are no longer a central part of the news cycle. However, given that Judge Kavanaugh was elected to the US Supreme Court of Justice on October 6th 2018, a position which will give him power over the legislation concerning women’s rights, we believed that an article presenting a case study of his interactions with women would still be relevant. News events tend not to be a one-day-one-week episode, but a piece within a larger web of domestic or international processes or phenomena. We thus present this article as a reminder that the relevance of news topics should not be determined by the central media conversation, but by how they can help us predict upcoming events or understand current (and ongoing) ones.]

On September 27th, the public got a rerun of the 1991 Anita Hill hearing, a spectacle that has aged poorly, with its extolling of rape culture growing sour and more unpalatable. The points of divergence between the original and the white-ensemble update are several- note, for instance, how Senate Republicans, fearful of the optics of challenging the accuser publicly as an all-male committee, silenced her by failing to acknowledge her allegations and delegating their questioning to an independent prosecutor, only to attack her testimony once she had left the stand and lost her voice. More significant, however, is what Brett Kavanaugh’s testimony says about his treatment of women.

The most revealing interaction of the whole hearing was that of Mr Kavanaugh and Senate Democrat Amy Klobuchar. The respected Minnesota lawmaker opened her questioning with a personal anecdote connected to her father’s alcoholism, transitioning from there onto a couple of reports that Kavanaugh’s high school and college drinking was anything but the moderate-controlled consumption of beer he had portrayed it as.

Or at least she tried to do so.

Before she could formulate her first query, Kavanaugh had already interrupted her to dismiss the second quote she provided as incorrect and begin to justify the first one. Senator Klobuchar, after a small pause, and noticing Kavanaugh’s insistence on recounting a full story she had not requested during her limited inquiry time, attempted to chip in with a polite “Okay, I just…” that was rapidly run over by the nominee’s rising volume as he proceeded to ignore her.\

Her multiple efforts to speak in the following 24 seconds, as Kavanaugh talks over her half a dozen interjections, were a powerfully moving spectacle.

In the end, the Senator had to civilly request what was hers by right, the ability to question a witness- “Could I just ask one more question?”.  The Judge, in an event as ironic as shocking, briefly ignored her to finish his preceding sentence with the flash of a resentful, I-will-not-be-interrupted grin, his annoyance evident. By the time the enquiry she had been trying to formulate for several minutes – whether he ever blacked out whilst drinking, as alleged by several acquaintances- was posed, a smirking Kavanaugh had come up with a passive aggressive counter question: had she herself ever done so?

The aftermath- Klobuchar baffled, trying to ease Kavanaugh to a simple ‘no’ as he doubles down on his response in a childish manner, pettily attempting to ridicule the senator’s valid line of questioning- is bound to leave one baffled and angered in equal measure.

Make no mistake: Kavanaugh’s attitude was inextricably linked to the fact that the questioning senator was a woman. When Senator Cory Booker took the lead, despite indulging in a more aggressive line of questioning, Kavanaugh was never fazed in such a combative attitude, not to the point of speaking over him.

Klobuchar’s questioning epitomises what women endure when dealing with male entitlement. She is by no means less accomplished than Kavanaugh- a Yale and Chicago graduate, and Minnesota’s first female senator. Yet the nominee struggled to respect the authority she held over him during the hearing, resorting to ploys like the aforementioned question to undermine her. She provides a perfect guide of what society teaches competent women to do when dealing with such men: smile reassuringly, a look of complacent resignation rather than anger or frustration in your face, lest you seem overly emotional. As Thursday showed, passion is a privilege only males, whose judgement won’t be judged, can afford. Kavanagh, exuding security and supercilious in manner, encapsulates the men themselves, ever confident in their own abilities and sceptical of those of their female counterparts.

That Kavanaugh would exhibit a certain degree of repulsive sexism and condescendence is hardly surprising. After all, he has repeatedly shifted between different coalitions of high-income men where masculinity is heavily priced. Even if his Maryland all-male high school remains the favourite of the public eye, at Yale he was also a member of the Delta Kappa Epsilon, a fraternity which has repeatedly experienced bans and controversy for the abundance of sexism, hazing and alcohol abuse among its members. The combination of across the board privilege- race, gender, wealth- with a lauded career and socially conservative views seem to engender in him a degree of entitlement and of infantile anger when it is threatened, particularly when it is threatened by a woman. Kavanaugh does not act as if he fears losing a valued promotion, but rather as if the Senate were debating whether to revoke his perceived “right” to be a Supreme Court Justice.

Republican Senators can ignore Dr Ford’s words. They can obviate her allegations, convince their consciences that the Stanford researcher is intent on giving up her privacy, enduring unparalleled stress, and becoming a loathed target for a significant portion of her compatriots, just for the sake of being a footnote in history or obtaining some mild promotion. They can repeat over and over again that she might have confused his identity, repeat it enough that even Murkowski and Collins can nod approvingly. They can even take the Judge’s own perspective, blaming it all on Hillary Clinton, an allegiance of bitter women determined to devastate his rightful ascendancy.

But Kavanaugh’s raw sexism during the hearing- the derisive way in which he spoke over a female senator, his condescending interruptions and smirks, the mocking answers- perfectly illustrates the nominee’s character and views on women. Patriarchal rape culture, irrespective of the veracity of Dr Ford’s allegation, is alive and well within Kavanaugh. 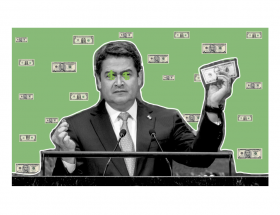 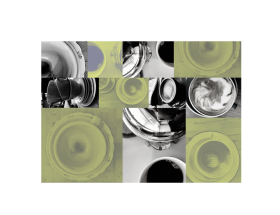 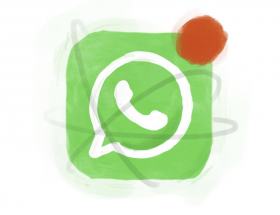