Home EPOCHPlanting the Seeds of Justice 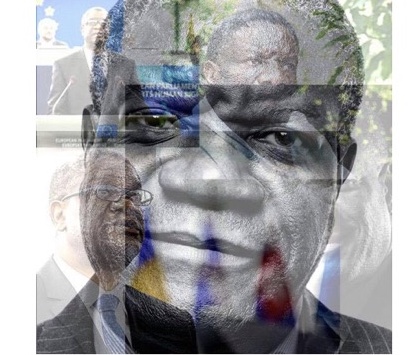 When confronted with the vast uncertainties of the future, one person seems small and insignificant. But in many pockets of the world, individuals work bravely and tirelessly to shape that future in positive ways.

Observable in every geopolitical region, freedom and democracy have been suffering setbacks for the past 12 consecutive years. According to Freedom House, an independent watchdog organization committed to promoting greater freedom around the world through analysis, advocacy, and action, anti-democratic influence has grown globally and young people seem to be losing faith in the wider democratic project. And why wouldn’t they lose faith? How can they not when continuously confronted with the rise of populist governments, widespread human rights abuses, and violent crime? How can they not when the international community struggles and fails to fight injustice? In this context, the stories of individuals who work day in and day out to create true social change and confidently construct the course of the future are more valuable than ever.

One of these stories revolves around the work of Dr. Denis Mukwege, a Congolese obstetrician and gynaecologist who became the co-recipient of the Nobel Peace Prize along with Nadia Murad in 2018 for his work to end the use of sexual violence as a weapon of war. Armed conflict has been tearing apart the Democratic Republic of Congo (DRC) since the 1980s, destabilizing communities and destroying millions of lives. In one of the least free countries of the world, political rights and civil liberties are extremely limited, human rights abuses are rampant, and armed groups and insecurity are pervasive in many regions. Without an independent judiciary, the government and government-allied forces enjoy impunity, or exemption from punishment. In Bukavu, located in the eastern region of the DRC, Dr. Mukwege treats victims of sexual violence in the hospital he founded in 1999 with assistance from the national Pentecostal Church Organization. Panzi Hospital has become world-renowned for its treatment of survivors of sexual violence and its model of holistic care which includes medical attention, psychological care, legal support, and socioeconomic assistance. Women for Women International awarded Dr. Mukwege with the Champion of Peace Award in 2015 for healing women through a holistic approach and addressing the root causes of violence. In his acceptance speech, Mukwege characterized women as central to the success of all societies – giving birth, raising children of both sexes, transmitting knowledge from one generation to the next – while facing violence, brutality by loved ones, oppressive governments, and criminals who abuse their bodies and souls and effectively destroy their physical and psychological health.

He called on men to take responsibility, fight shoulder to shoulder with the women whom they care about, and replace hatred and oppression with love and a firm commitment to justice.

According to the Mukwege Foundation website, Panzi Hospital has treated more than 50,000 victims of sexual violence and quickly became a refuge for girls whose organs were destroyed, for women whose vaginas were torn apart by the insertion of weapons, for people who were utterly mutilated by sexual violence. Mukwege has even treated children as young as 18 months old who were abused and raped. Faced consistently with enormous atrocities, he learned to work on the root causes of violence and dedicate his time and energy to advocacy. In a conversation with Magnus Sallbring at the Atea Sustainability Focus Forum 2018 in Sweden, Mukwege explains how the use of sexual violence as a weapon of war proves highly effective in its destruction of the fabric of society through physical and mental damage. Many women and girls are raped in front of their husbands, their families, their entire community, which dehumanizes them and simultaneously attacks the community itself.

Since victims often stay silent due to fears of social stigma and rejection, their options to pursue justice are limited.

The Foundation’s website identifies sexual violence as a human security threat which destabilizes countries for generations to come and makes it extremely difficult to rebuild societies after armed conflict and encourage trust in the state’s systems.

In a speech at the Oslo Freedom Forum in 2016, Mukwege noted how the degradation of security combined with institutional instability is matched by increases in the number of victims of sexual violence. He argued that human rights defenders, political decision-makers, citizens, consumers, men, and women must work together in their commitments to peace, justice, and freedom to end sexual violence and leave behind a better world for future generations. He asserted that everyone can contribute to a better world and everyone can become a catalyst for change. These statements should take center stage when considering the layers of complexity of the conflict in the Democratic Republic of Congo. The root of the unchecked violence can be traced back to the country’s immense richness in natural resources. When Dr. Mukwege began his work with survivors of mass rape and sexual abuse twenty years ago, he was not aware of the connection between mineral extraction and sexual violence but soon learned that where there are mines, there are armed groups who commit rape.

The war that began in 1996 was an economic one, with some of the most powerful states of the world involved and multinational corporations from countries including but not limited to Belgium, British Virgin Islands, Canada, China, DRC, Finland, France, Germany, Hong Kong, Israel, Malaysia, Netherlands, South Africa, Rwanda, Switzerland, United Arab Emirates, United States, and United Kingdom participating in the exploitation of natural resources in the DRC. The documentary “City of Joy” indicates how corporations use the militias – which are usually made up of extremely poor men who are trapped in a modern form of slavery – to maintain control of mines around which instances of rape are extraordinarily high. In an article for The Guardian from December 2018, Ruth Maclean recounts Mukwege’s perspective on one of the most crucial issues in our society: indifference. She relays how Dr. Mukwege has emphasized that it is no secret to the international community that the Congolese people have been abused and massacred for decades and that turning a blind eye to tragedy is equivalent to being complicit in the systematic violence and rape. Mukwege has asserted that companies must work very hard to free precious minerals of blood, rape, and violence and has appealed to the wider international community to increase transparency and use their capacities for communication and organization to protect vulnerable populations. The international market continues to buy from armed groups and the ongoing conflict is still being fed by product consumers. Dr. Mukwege placed power into the hands of the buyer by reminding us that consumers can leverage demands for justice, stability, and peace. The coltan, tantalum, tungsten, tin, and gold (also known as conflict minerals) used in cars, computers, cell phones, and jewelry carry a high human cost. A fact that is consistently and consciously overlooked.

In an opinion piece written for The Guardian in 2012 by Eve Ensler, who has worked closely with Mukwege, she highlights his resolute commitment to love and service, lending his soul and entire life to the health and safety of his people even after five armed men broke into his home, held his daughters hostage, and almost assassinated him. As the head pastor at his church, a teacher, a fundraiser, and a mentor of hundreds of doctors, Mukwege has told the stories of rape and torture many times over at international conferences, the US Senate, the Canadian Parliament, the European Parliament, in Brussels, in Paris, at Downing Street – despite repeated threats to his personal safety. After the assassination attempt, he fled to Europe with his family but did not end up staying long after many Congolese women united their efforts and led a campaign to bring him back, raising the funds to pay for his return themselves. Mukwege now lives at his hospital under the protection of UN peacekeepers and takes various security precautions.

As a global advocate against rape and a leading activist for gender equality and universal human rights, Dr. Mukwege forms one powerful part of a broader story of social change. By intentionally uncovering violence and pain, by confronting it completely, we can begin to use it, change it, and overcome it. In establishing the “City of Joy,” a revolutionary leadership center aiming to develop women’s capacity to become autonomous and influential, Eve Ensler, Christine Schuler Deschryver, and Denis Mukwege created a safe space in which female victims can transform their suffering into strength and turn their pain into power. The underlying vision is to revolutionize the mentality of women and girls who survived gendered violence, mobilize them, and eradicate violence by breaking the silence and working deliberately towards peace and justice.

In his Nobel Peace Prize acceptance speech, available to watch in French with English subtitles on YouTube, Dr. Mukwege once again articulated his deep commitment to creating lasting peace by speaking out in support of the pursuit of justice for all victims of sexual violence across the
world. Viewed in the context of the age of information and accelerated communication, he declares that none of us have the right to claim “I did not know” any longer. He affirms that taking action is a choice. Stop the violence, or don’t. Create a positive masculinity promoting gender equality
in times of peace and war, or don’t. Support, protect, and fight with women, or don’t. Build peace in conflict-ridden countries, or don’t. Taking action means fighting against indifference. In Mukwege’s own words: “Doing the right thing is not hard. It is a matter of political will.” It’s easy enough to hand out sympathy, but challenging to establish genuine peace through justice.

The stories that Dr. Mukwege immerses himself within, the stories he goes on to tell the world– these can be used as a source of inspiration and a point of origin from which to affect broad social transformation. His work reminds us to re-examine the values we hold as individuals and question the course we are on as a species. Mukwege, his colleagues, and the associated organizations play a pivotal role in the global marathon directed towards peace. In forging a sustainable way forward in this historic time, slow but deliberate movements towards fairness and equity are essential. The path to justice may be long and treacherous, but that should not and will not discourage us from treading it collectively. Dr. Mukwege’s work provides a stellar example of fearlessly confronting the horrors characteristic of many societies, demonstrating perseverance in the face of extreme violence, and fighting for global justice and freedom from oppression.

Recently, 11 Congolese militia members were convicted of crimes against humanity for the rape and murder of 37 young children, representing the first time a sitting government official was found guilty and condemned for crimes he and his militia committed and showcasing a historic collaboration between local, national, and regional experts, the local families, and representatives of civil society and NGOs. This created a hopeful precedent for the nation, but should in no way detract from recognizing the network of problems that remain to be solved. Since gaining independence from Belgium in 1960, the country has not seen a peaceful transfer of power and continues to confront corruption, conflict, and some of the highest levels of malnutrition and sexual violence. Although President Kabila’s second electoral mandate had already expired in 2016, the DRC general election was only held on the 30 th of December 2018, following a two- year delay and various logistics problems and insecurities. The country’s future remains uncertain. However, using the experiences and stories of individuals like Denis Mukwege as encouragement, we can begin to recognize that opportunities to spark positive transformations are everywhere. Opportunities to work purposefully towards justice are abundant and readily waiting to be pursued by all those brave enough to stand up and take the course of the future into their own hands. 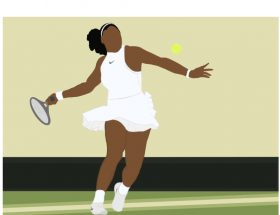 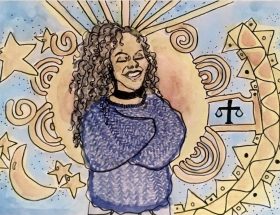 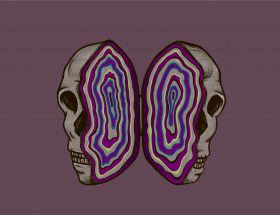