The choice to procreate has been explored, discussed and seen in several different ways whether this be through a scientific manner or spiritual. As human beings, we are given the ability to co-create another being. For centuries, the human race has existed and has undergone conflict and turmoil, but somehow the gift of life has continued to persist on this planet. It’s suffered massive genocides, wars, natural disasters and more. In this day and age, the question of bringing a new life into this world has been heavily discussed as the fear that this world will become too unsafe in the years coming, grows among women who are, or wish to get, pregnant. While this is a result of several things, one significant contributor is global warming and crucial climate changes that have affected several biomes and species throughout the globe.

Though I write this through a young adult’s perspective who is still a long way from thinking about children, there is a fear that can be understood as to why women feel as though the world is continuing to take the burden of new lives on it. The recent events that took place in the Amazon is a significant wake-up call that if the human race does not come together to take extensive measures to protect the environment and home on which we live, complications will only continue to arise as the population on this Earth increases. For weeks, the Amazon suffered massive fires that initially failed to receive any attention. A few weeks into the fires, the media finally gave the Amazon the spotlight it needed. Celebrities and political leaders all over were posting and reposting about the implications these fires were bringing that essentially affected everyone. It is quoted in an article that the biggest threat to the Amazon is the fact that “we are seeing early signs of a vicious, downward spiral of drought, fire and tree death.” With the continuation of these catastrophes, it is far more questioned whether the human race can get it together not only for the sake of the planet, but for the sake of the human race’s life as well.

U.S. politicians such as Congresswoman Alexandra Ocasio-Cortez have raised the question, “Is it OK to still have children?”. Further, polls have been conducted and the results were found through Business Insider that “30% of Americans agree, at least somewhat, that the potentially life-threatening effects of climate change should be factored into decisions about whether to have children.” Of women who were interviewed and asked their opinion on the matter, one responded that she seeks “a more just, sustainable and compassionate world.” This reasoning and concern has been fueled by some women to join a movement group called Birthstrike which consists of women who are not wanting to bring life into this world because of climate change. Another recent study shows that “not having children is one of the most effective ways to limit your personal carbon footprint.” While they have also recognized that population control isn’t a direct solution to climate change, they have acknowledged the complications that their future children would be facing as they grew older in this world.

Having a child should be a joyous occasion and it shouldn’t be something thoroughly questioned by the prospective parents. Of course, while financial and economic stability are two significant factors in bringing a life into this world, having to consider climate change as one is heartbreaking. It is a beautiful thing to see generations of families together and the thought of this ever ceasing to exist is not only worrisome but important. This Earth needs to be protected at all costs as it lays within our responsibility to ensure that it continues to thrive. This is the only planet in the universe that has the measures to support human life. Action begins with minor changes which then contribute to bigger ones. It’s the little things that count such as not using plastic straws, picking up trash on the beaches if ever encountered, recycling, minimizing the consumption of harmful goods, etc. These little measures do have the ability to make change. It will only continue to be dreadful and possibly fatal if we continue to treat the Earth as we are doing now. Life is one of the most incredible gifts any human could give another. The world would most definitely be doomed if within this century or the next one this is something that no longer will be possible. 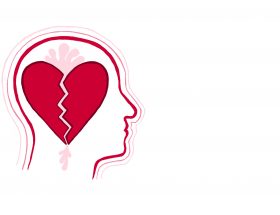 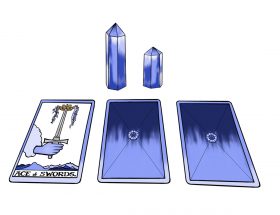