Whether one may agree with his views or not, it is not a lie that U.S President Donald Trump has received a significant amount of backlash throughout the entirety of his presidency and campaign. In his short term so far, like any president, he has done both good and bad for our country, and again, like any president, will probably continue to do so throughout the rest of his term.

A new controversy has recently arisen concerning trade deals with Canada and trade tariffs. Historically, the United States has maintained a good standing relationship with its northern neighbor: the two countries share 5,500 miles of border and right now, the United States is Canada’s main source of trade, while the former also deeply relies on it too. President Trump has, however, been implementing tariffs on certain goods, such as steel, aluminum, timber (and he threatened tariffs on Canadian-made vehicles coming in from Canada), causing high tension between the two countries and between Trump and his Canadian counterpart Prime Minister, Justin Trudeau.

There are good reasons to believe that Trump is both anti-Canada and not anti-Canada, but of course, we won’t know if he actually is or not until time passes and he makes more decisions about the relationship of the two nations. His new trade policy, for instance, could perfectly well be used as proof of an ‘anti-Canada stance’. The U.S is Canada’s main trade partner. Annually, there are about 1,068,571 exports and imports between the two countries, making the relationship between the two nations extremely important, especially for Canada. For instance, in 2017, 18.3% of U.S exports went to Canada, and 76% of Canadian exports went to the United States. Donald Trump has been imposing new tariffs and has just recently threatened tariffs on all automobiles, ultimately hurting the Canadian economy, with only a marginal gain to the U.S.

The Trumpian ‘anti-Canada stance’ however, is not restricted to his active decisions regarding his economic policy, but flows into his rhetoric too. In a Tweet from June 9, 2018, the President described Trudeau as “weak” and “dishonest”, as part of a larger comment on his counterpart’s reactions after the G7 Summit in Quebec.

“PM Justin Trudeau of Canada acted so meek and mild during our @G7 meetings only to give a news conference after I left saying that, “US Tariffs were kind of insulting” and he “will not be pushed around.” Very dishonest & weak. Our Tariffs are in response to his of 270% on dairy!”

Trump is not the only member of the Republican administration who is using this kind of rhetoric. Trump’s Director of Trade, Peter Navarro, when speaking about PM Trudeau in an interview with Fox News, said that “there’s a special place in hell for any foreign leader that engages in bad faith diplomacy with President Donald J. Trump…”.  Saying these things about one of our allied nations is not a great way to make friends, nor any way to conduct matters or trade.

There are also solid reasons that point towards Trump not being anti-Canada after all. While the mainstream media was generally upset by Trump’s imposed tariffs on lumber, he was simply following what the U.S protocol has been for years. The U.S and Canada manufacture lumber in different ways, meaning that the wood that comes into the U.S from Canada significantly cheaper. Therefore, every few years the two countries make an agreement that sets some sort of quota on imports to the U.S. to appease both nations. The last agreement was set in 2006 and expired in 2015, coincidently making Trump the President in office at the time of its expiration and subsequent re-installation. Additionally, Canadian lumber officials apparently view Trump’s lumber tariffs less severe than expected.

Canada has a very interesting stance on the whole situation. Every single major (Canadian) political party stands with Justin Trudeau’s take on trade policy with The United States, rather than Donald Trump’s. As said by Conservative party leader Andrew Scheer in a tweet from June 10, 2018:

“Canada’s Conservatives continue to support the Prime Minister’s efforts to make the case for free trade. Divisive rhetoric and personal attacks from the US administration are clearly unhelpful.”

Scheer’s ideological opposite, Democratic party leader Jagmeet Singh, said in a tweet from June 10, 2018, that

“Canadians are united against Trump’s inflammatory statements [and] trade tariffs. New Democrats stand with the Govt of Canada against these bully tactics. Also we cannot allow the workers affected to be forgotten. They are hit hardest in a trade war & need immediate govt support.”

Canadian Green Party leader Elizabeth May said in a tweet from June 10, 2018, that

“All Canadian leaders need to support Trudeau. Trump’s outbursts, tariffs, amount to bullying. Trudeau is handling it as best anyone could.”

The significant criticism from Canadian leaders proves a very interesting and important point, one that no one can ignore: no matter what the US decides, Canada is united in their opinion and their ultimate support of Trudeau. However, it is safe to say that Trump should be careful about the way his actions are portraying both himself and the United States as a whole, no matter if his intentions are good or bad. 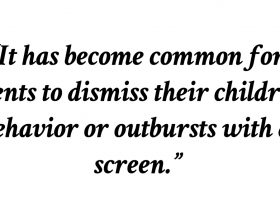 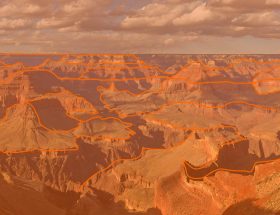 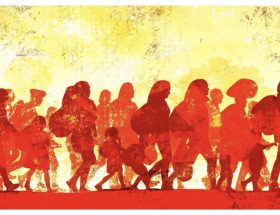