Home ISSUESHAARALove and Failure in the Face of Creating

Back when my walls were green and my floors hardwood, I couldn’t walk one inch in my house without hearing saxophones. Or trumpets. Or piano. Or the soft ricky-ticky hit of drumsticks, and seconds later the exasperated, eager, excitable build of swing dance between the horns. I used to tap my toes on the floor to hit the beat of the song, or tilt my head upward to the ceiling and watch my fingers mock piano chords I did not know. I dreamt of champagne glasses (even if back then I didn’t quite know that taking a sip from one wouldn’t taste like Martinelli’s), of black dresses, of guitarists biting their lips, of a leaning pianist, of dim lightning on a stingy stage.

When I was little, music was something I saw. I would close my eyes and imagine rays of gold and sparkling black twirling each other against the backdrop of smooth serenades. Lines like a heart monitor’s electric green mountains, spiking to the smack of a bass line. Lavender silhouettes swaying in front of a spilt bottle of moonlight when Chet Baker played “Alone Together”.

But never have I been more in love than when I was 16 years old. At this time, a high school music class had put myself and five others into a band. Each of us, balls of angst with mild talent, were shoved into a rehearsal room and began writing songs about things we had never experienced, all the while watering some small seed of musical devotion. I don’t know if it was naivety or that feeling of youthful invincibility, but I have never felt more set, more sure, more right, than standing on an elevated platform in a purple-walled, once-religious-chapel, singing away. It was the sort of thing people talk about. Scenes that are written in movies. When you’re in the middle of some activity and suddenly the immense realisation bonks you on the head and whispers: This is who you’re supposed to be.

I was hopelessly enamoured. Music and I would make a life together. Of this, I was sure.

It all came to a terrible head when I entered my first year of Uni, and began to seriously consider creating and publishing original work. Once, creating music and participating in it felt like some pinpoint in my live-action narrative, something predestined or holy, a partaking in ancient tradition, a shedding of stilted skin I wore everywhere else. But suddenly, it began to feel like sweating in clothes that are a size too small in an overly warm waiting room, like biting into fruit you expect to be ripe and coming away with a cringing mouth full of vinegar sweetness. Eventually, the activity that was responsible for most of my self-confidence and self-appreciation became the very dictator of my deepest self-consciousness, lashing out at me for what it kept finding in every note sung and every key played: inadequacy.

It’s a traitorous feeling, almost. A betrayal from these activities we love. Suddenly we realise that all our passion and love for them means nothing. They are done with us. We are tired and old. They never loved us back to begin with.

The past two years or so were spent wondering where it all went wrong. When suddenly, a worried comment from my sister made me realise what the recipe for my musical break-up had been:

You need to start doing things that aren’t weird personal projects. Even when you like things, they stress you out, because you need to ‘succeed’ at them. You don’t have hobbies. You have work.

What felt like a one-off comment for her, made every vein in my body vibrate with an echoing call from some younger self I had locked away in my cranium: She’s right.

I see this sort of thing all too frequently. Not just in myself, but in those around me. I am constantly surrounded by wonderful people with a myriad of beautiful talents who wish they shared more, but live in fear over potential rejection of their work. It’s strange, I suppose, once you look at it with any amount of perspective. What giant eyeball in the sky are we all so afraid of? Why are we all moments away from crumbling beneath somebody’s: I didn’t like it.

I know that, at least for myself, I want everything I do to be perceived as good by everyone ever.

And what this has made for me is this horrendous (and honestly boring) loop-de-loop of wanting to create in public spheres but being so terrified of any amount of negative feedback (even a neutral response can ruin me if I’m being honest) that I hoard all of my work shamefully like some gluttonous secret, and criticize myself both for my cowardice and for the obviously-very-logical conclusion that “if it were any good you wouldn’t be scared to show it to people”.  Which leads to the also very obvious next step that, “I guess if I can’t make anything good I shouldn’t make anything at all”.

And suddenly Music is a jail cell of insecurity, and the walls are full of tally marks for every time I messed up a song and plastered with pictures of vocally talented, hot people with their middle fingers up at me.

There are probably a lot of factors that add up to make this emotionally and creatively taxing sentiment. But as with everything I like to blame Capitalism. Because as we’ve internalised capitalism, its values, its tenets, and what it wants from us as civilians in order to be it’s ideal pillars, we’ve created ourselves into some strange amalgamation of product, seller, and buyer. It’s this unsettling world where everything worth doing is done because other people value it, because it could reach some standard of widespread acclaim, because it could have a market.

So, like good little workers, we condense and package ourselves into digestible products that we then advertise to the rest of the earth, hoping so desperately that they consume it favourably. Desperately enough that oftentimes something as crucial as our own self-esteem depends on it. It’s why something like an Instagram aesthetic isn’t just for the artistry of colour and shape. We want people to buy us, our images, what we create, because in the end those things are supposed to be what defines us. Everything we do is supposed to be what defines us. While that sounds redundant, I don’t think it is. We want so hard to individualise ourselves and make ourselves a hot item to sell to others (who we don’t really give a shit about, and who really don’t give a shit about us) that we obsess over the quality and standard of everything we do as it is entered into the public sphere.

If so far you’ve read this and disagree, or are thinking that I’m just spouting Gen-Z Angst because I myself am insecure and would rather blame ‘SoCiEtY’ than deal with it myself (first of all, you’re kind of right), then I raise you: Bo Burnham.

Yes, I am quoting 29-year-old stand-up comic Bo Burnham (and what about it?) from his 2016 comedy special Make Happy, when he went on a very wise rant about the state of the world as it stands. He said:

“They say it’s the ‘me generation’. It’s not. The arrogance is taught, or it was cultivated. It’s self-conscious. That’s what it is. It’s conscious of self. Social media is just the market’s answer to a generation that demanded to perform. So the market said “here, perform everything to each other all the time for no reason”. It’s prison, it’s horrific. It is performer and audience melded together. What do we want more than to just lie in our bed at the end of the day and watch our life as a satisfied audience member?”

And how could we ever be satisfied audience members when our fellow crowd is displeased with our imperfection?

Why can’t I publish an original song? Why am I so concerned that people will sit and pick it apart and not like it? Why does anything I do have to be ‘good’?

BECAUSE I WANT TO BE LIKED, DAMMIT. But more so, because we have all internalised a set of standards that say that widespread approval is the measure to a successful venture. Which is bullshit.

When appreciation bridges itself into a want for accolades, that is when passion becomes something dictated by fear, not love. And I don’t know about anyone reading this, but I want the love I have for my medium to overshadow the fear I have of failing at it. 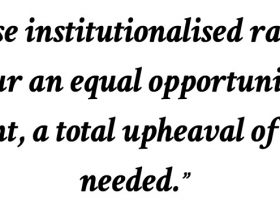 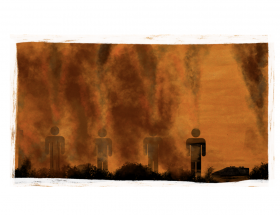 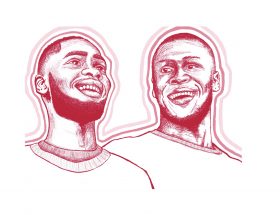